Jay-Z has started working on two songs for his as yet untitled solo album before the rapper's joint collaboration with Kanye West has been released. 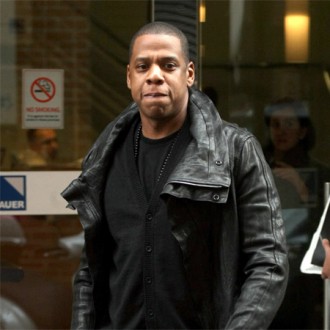 Jay-Z has started work on his next album.

The ‘Empire State of Mind’ rapper – who is poised to release his collaborative album with Kanye West, ‘Watch the Throne’ – also has already two tracks for his next solo album, which he describes as “really f*****g good”.

He told Allhiphop.com: “I know exactly the tone and the whole feel of the next album. It’s different. It’s not weird.

“I never had two songs this early, before my current project came out.

While Jay is excited about his next project, rapper Big Sean has heard ‘Watch the Throne’ and said both rappers – who are long time collaborators – have excelled themselves.

He told MTV: “Man it’s just some good-ass songs on there. I don’t know if they want me to give away any of the titles, but you’ll hear it. You’ll know what I’m talking about. Just even from the intro it’s like, damn!”

‘Watch the Throne’ has been made available for pre-order online and is expected to be released on August 2.