Hard-Fi took four years to make their new album 'Killer Sounds' because they ''wanted to wait for the right producers to become available.'' 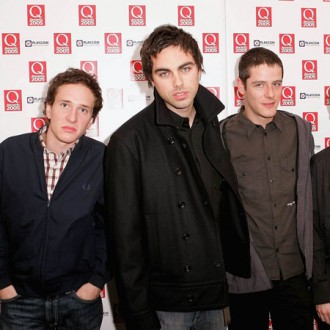 Hard-Fi took four years to make their new album because they “wanted to wait for the right producers to become available.”

The ‘Good For Nothing’ group started working on their ‘Killer Sounds’ album in 2009, but it took them a long time to get the sound right, leaving them worried their music may not fit into the charts by the time it was complete.

Guitarist Ben Russell said: “We had been on the road relentlessly since 2005, plus we wanted to wait for the right producers to become available.

“However, time passes quickly and we had no one breathing down our neck which was good in some respects but not so good in others.

“By the time we had new songs and were ready to be a band again the music world had moved on. We were worried we weren’t going to be relevant anymore and that no one would want to hear our new songs. That a very real fear for us.”

Ben added the band felt a great “relief” when they sent out initial demos of the tracks and they got a warm reception.

He added to Counteract magazine: “However, we gave a few copies of demos out and it just went from there. People started talking and saying nice things, which to be honest was a bit of a relief.”

‘Killer Sounds’ is released on August 22.