Grammys 2018: The moments everyone is talking about 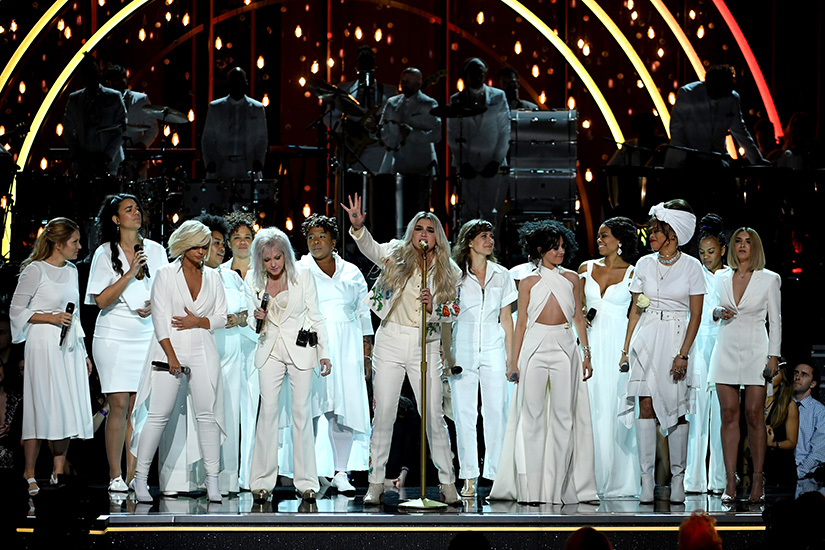 And just like that, another Grammy Awards have happened and gone! If you weren’t there in NYC (or maybe tuned out around hour 2 of the broadcast) here are the moments you need to know from (all together now) the biggest night in music.

One of our own (what up Brampton, Ontario!) nabbed the first big award of the night. Getting past the slight oddness of the “new” part—her album came out three years ago—this is a big deal for Canada since she is the first one of us ever to take that particular trophy.

2. Bruno Mars won pretty much everything

The 24K Magic man was nominated for six awards and went up to the podium for every single one of them—album of the year, song of the year, even record of the year (which is apparently very different from either of the previous two categories). This was a bit of an upset since Kendrick Lamar and Jay Z went into the night as the betting woman’s favourites.

4. Kesha and friends’ performance of “Praying”

Easily one of the more emotional moments of an otherwise slightly flat broadcast, Kesha (who has accused producer Dr Luke of rape and emotional abuse) led the night’s big #MeToo moment accompanied by a backing chorus that included Cindi Lauper, Camila Cabello, Julia Michaels, Andra Day and Bebe Rexha among others.

5. The moment that DIDN’T happen

Lorde was the only female artist nominated for album of the year, and despite a broadcast that made time for a Miley Cyrus / Elton John duet of “Tiny Dancer”, word is that she was not offered a slot to perform. Adding fuel to that fire is a tweet her mother sent before the award’s show which is nothing if not…pointed.

this says it all –@nytimes January 26, 2018 pic.twitter.com/R3YdHwieXf