Brian May, Katy Perry and My Chemical Romance all paid tribute to late Queen singer Freddie Mercury on what would have been his 65th birthday yesterday (05.09.11). 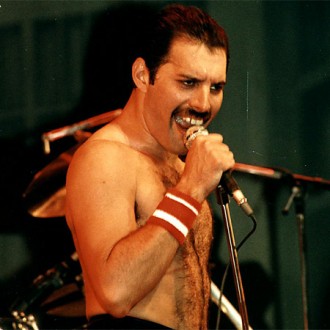 Brian May, Katy Perry and My Chemical Romance all paid tribute to Freddie Mercury on what would have been his 65th birthday yesterday (05.09.11).

A huge party was thrown at London’s Savoy Hotel last night (05.09.11), to celebrate the day the Queen vocalist – who passed away in 1991 from complications related to AIDS – would have reached the age of retirement.

His ex-bandmates guitarist Brian and drummer Roger Taylor were both at the event, which saw attendees wear fake moustaches, like the one famously sported by Freddie through his career.

Brian wrote a poignant tribute to the flamboyant frontman in his blog.

He said: “Freddie would have been 65 this year, and even though physically he is not here, his presence seems more potent than ever.

“He lived life to the full. He devoured life. He celebrated every minute. And, like a great comet, he left a luminous trail which will sparkle for many a generation to come.”

My Chemical Romance singer Gerard Way sent a video message, in which described Freddie as the “most important frontman to me growing up as a little boy.”

He added: “I’m here today to wish Freddie a happy 65th birthday and say from everybody in the My Chemical Romance family that Queen we love you, Freddie we miss you and we’ll always think of you when we’re on stage.”

Foo Fighters drummer Taylor Hawkins was also among those paying tribute, saying: “Freddie, we miss you and love you. I owe you everything, you were the first concert I ever saw and since then I’ve been chasing the dream. I owe that to you.”

Katy Perry also paid tribute yesterday in a video in which she sang ‘Happy Birthday’, before saying: “Even though you’re gone, you’re not really gone, you’ve inspired us all and you inspired me especially.

“Without you I wouldn’t be making music or doing what I do because your lyrics inspired me as a 15 year old girl.”