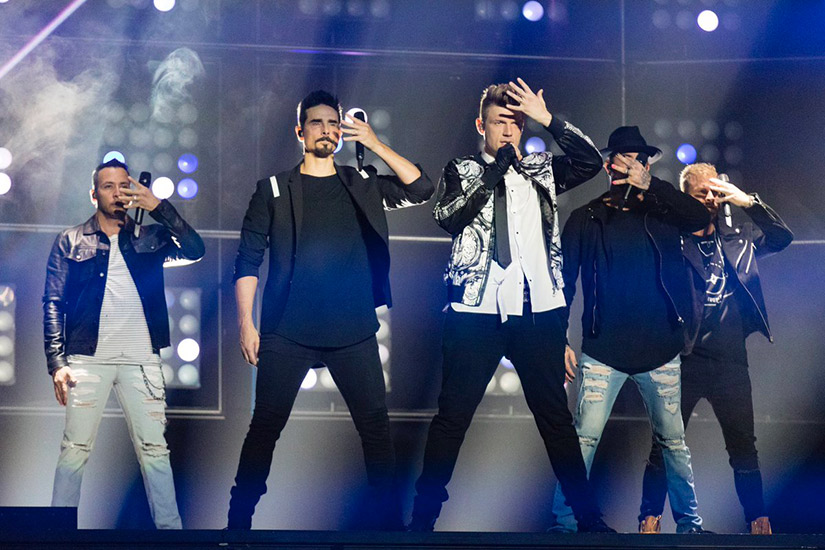 Wait…what decade is it again? On January 25, Kevin, Howie, Nick, AJ and Brian of the little-known band Backstreet Boys released their 10th studio album, DNA. It’s been a while since the Backstreet Boys had us shout-singing “I Want It That Way” on basically a daily basis, but it’s 2019 and our fave boy band is back at the top of the charts. Here’s what you need to know about their new album.

The last time BSB had a number one album (Black & Blue), people listened to music on CDs, ‘90s fashion was just fashion and American Idol didn’t exist yet. Now, after nearly a two-decade wait, DNA has won the top spot on the Billboard 200 chart—their third No. 1 spot for an album.

Twenty-year-old Canadian talent Shawn Mendes is too young to even remember the peak of the Backstreet Boys era, but we’ll let that slide knowing he lent his song-writing chops to the boys…err men. Mendes co-wrote love song “Chances,” with Ryan Tedder (the OneRepublic frontman who’s behind more hits than we can count, including Beyoncé’s “Halo”). The music video was also co-directed by band member AJ, so it’s basically an essential BSB track.

4) They’re nominated for a Grammy

Not to be confused with their 1997, slow-tempo, wet-shirt-wearing-music-video hit “Quit Playing Games With My Heart,” the upbeat, electro-pop lead single on the new album, “Don’t Go Breaking My Heart,” has been nominated for a Grammy for Best Pop Duo/Group Performance. This marks the group’s eighth nomination (they’ve never won). The last time they were nominated for a Grammy award was in 2001 for “Shape of My Heart.” Also in this category: boy band legend Justin Timberlake. Tune in this Sunday like it’s 1999.