Florence + The Machine announce US tour

Florence + the Machine have announced a string of US tour dates, starting in April. 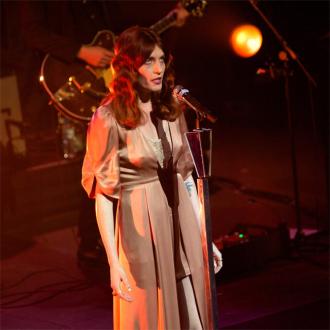 Florence + the Machine have announced a string of US tour dates.
The ‘No Light, No Light’ hitmakers insist the shows will not be ”extravagant”, opting instead to focus on the strength of the music during the 16 concerts.
Singer Florence Welch said: ”In a way, it’s not going to be too big a production; we’ve done a lot of quite extravagant stuff, and that’s been amazing, but for this tour, it’s definitely going to be about showcasing the music.
”The songs are going to be the most important thing. It will be heavily based on the music … no bells and whistles just yet, we’re going to try and keep it quite pure.”
Opening act for the tour will be former Test Icicles and Lightspeed Champion singer Dev Hynes, who is currently recording as Blood Orange and Florence to have him on board.
She added to MTV News: ”It’s going to be so fun, I can’t wait. I used to be his backing singer in Lightspeed Champion, he took me on tour with him for one date, in Manchester. He was one of the first members of Florence and the Machine, he used to play guitar with me at all my first gigs.
”Even though he was doing his own stuff, he used to come and play guitar for me. We’d be in these weird matching outfits, T-shirts and lumberjack trousers, doing Iggy Pop covers and I would play the drums, Green Day covers [too]. We covered the whole of ‘Nimrod’.”