Example has teamed up with Enrique Iglesias, despite admitting it's not the most ''obvious'' collaboration. 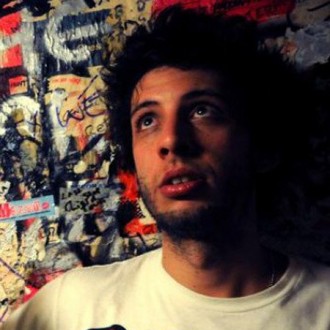 Example is working with Enrique Iglesias.

The 28-year-old dance pop act – who has previously teamed up with Professor Green, Wretch 32 and Ed Sheeran – admits collaborating with the ‘Hero’ crooner will surprise fans, but feels he is versatile enough to work with anyone.

He said: “I’ve been approached by Enrique Iglesias to do something.

“It may not seem like an obvious match-up but I feel I can write for anyone. Everyone from Kylie Minogue to cool dubstep artists have asked me to do stuff. It’s great.”

Despite being labelled a pop music hater since a public twitter argument with Alexandra Burke, the ‘Changed the Way You Kiss Me’ singer – who has also written a ballad for boy band The Wanted – insists he “loves” plenty of acts in the genre.

He said: “I was just being honest. Now people think if it’s a pop star I automatically hate them. But I study pop music, it’s my job. I love Gaga, JLS and loads of pop music.”

While he maintains he could work with anyone, Example – real name Elliot Gleave – feels there are certain artists who don’t fit with his “cool” dance music sound.

He previously said: “I’m not really big on duets. I work with cool people. Cheryl Cole, well, there are certain people who I make cool dance music. I don’t make cheesy pop stuff.

“There are some people who I wouldn’t work with, not because I’ve got anything against them but because they’re not right.”