Eminem has compared his former problem with prescription drugs to that of late singer Michael Jackson. 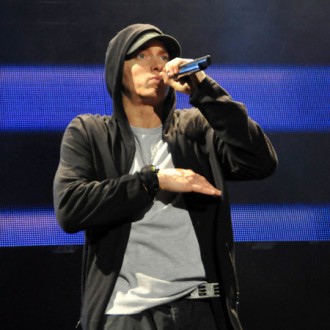 Eminem has compared his former drug problems to those of Michael Jackson.

The ‘Love The Way You Lie’ rapper has compared his addiction to painkillers – which saw him taking between 60 and 90 pills a day at the height of his problem, which he has now beaten – to those of the late ‘Thriller’ singer, who had a number of prescription drugs in his system when he died, of acute intoxication from powerful medical anaesthetic Propofol, in June last year.

Eminem told Rolling Stone magazine: “It’s very similar to what I’ve read about Michael. I don’t know exactly what he was doing, but I read that he kept getting up in the middle of the night, asking for more drugs. That’s what I was doing.

Eminem also described his routine while on drugs – which began while he was making 2002 film about his life ‘8 Mile’ – and how it became dominated by painkiller Vicodin and anti-anxiety drug Valium.

He added: ”My everyday regimen would be: Wake up in the morning and take an extra strength Vicodin and it’d be Vicodin throughout the day. Then, as the evening crept up, I’d start with a Valium or two, or three, or four. And every hour on the hour, I’d pop four or five more.”

The songs on Eminem’s 2009 album, ‘Relapse’, largely dealt with his drug addiction, while its follow-up ‘Recovery’, release a year later, had a more positive outlook.