Drake stunned a karaoke-goer by getting up to perform with her during a recent night out as she sang his hit song with Rihanna, 'What's My Name'. 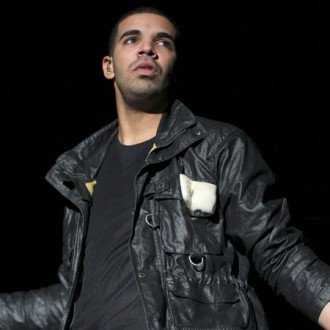 Drake stunned a karaoke-goer by getting up to perform with her during a recent night out.

The hip-hop star was enjoying an evening at the Saddle Ranch on Los Angeles’ Sunset Boulevard this week when a woman got up to sing Rihanna’s hit ‘What’s My Name’, which Drake appears on.

International student Dalal, also known as Dee, started singing the first few lines of the song and when she asked the audience who was going to sing Drake’s parts, she was stunned when he got up and did it with her.

She told E! News: “I was up there with the mike and the first beats of ‘Only Girl in the World’ started playing and I said, ‘Stop the song! Does anyone here know how to do the Drake part of ‘What’s My Name’?’ So I was like, anyone? Anyone? Hello? And decided to just sing it by myself and then boom! Drake jumps up with his bodyguard behind him and was like ‘Wait, I thought I was going to do the song with you’

“I was like, ‘Oh my god, Drake! I just got lost in the moment and thought, ‘Whatever happens I don’t care.’ It was a total Hollywood moment.”

Earlier this year, Drake revealed that he tries not to offend women with his raps out of respect for his mother, who raised him largely by herself.

He said: “My mother made me truly appreciate women. I obviously make sex-driven, darker, sexier music, but I try not to offend women.

“It’s not in my character. And my father was basically a reverse-role model for me. I’m dying to be a great dad one day, whenever that day comes. Other than that, it was hard just growing up with my mom and watching her fight for me to have a good childhood. It was tough to watch.”