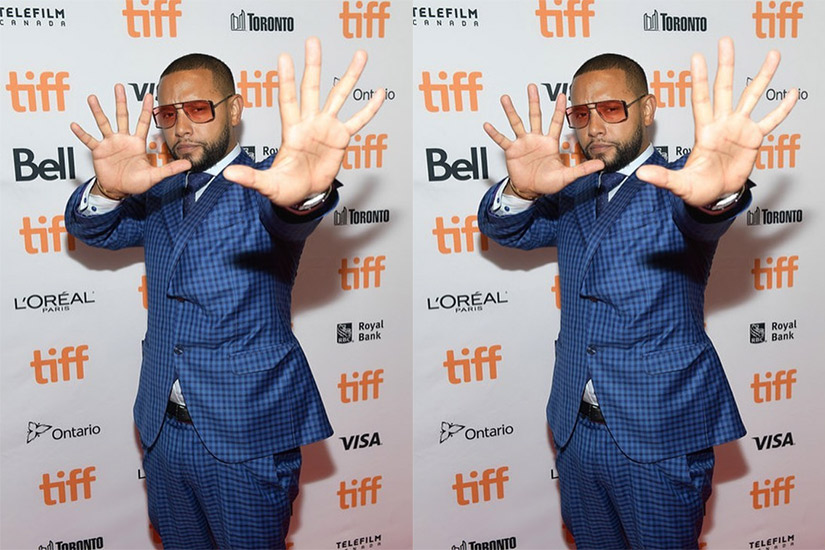 If, for some reason, you don’t recognize the name Director X, you definitely know his work. The Brampton, Ont. native is the mastermind behind all your favourite music videos, including Drake’s “Hotline Bling” and “Started From the Bottom,” Rihanna’s “Work,” (feat. Drake) and Kendrick Lamar’s “King Kunta.” But what does the acclaimed director look for in a music video himself? “I love a great visual, I love a great ride, I love a great performance,” Director X (a.k.a. Julien Christian Lutz) tells us at the Canadian launch of YouTube Music, the site’s music streaming service. “Just a whole new way to experience a record. What’s really exciting is people who break [the] rules.”

We sat down with the filmmaker, whose feature-length remake of Superfly—a 1970s action-crime blaxploitation film—recently hit theatres, to find out what’s on his radar, including a new show of his own.

“I’m really into SAINt JHN right now. He reminds me very much of The Weeknd’s original mixtape—not so much musically, but kind of vibe-wise. Perfect to be on in a room with friends conversing. It’s not a party, it’s just kind of chill, but you need a little something to set the mood. There’s also KEY! & Kenny Beats, they’re really cool.”

“I love Jessie Reyez. Her manager is a friend of mine, so he’s been playing me her music long, long before they released it and I remember “Gatekeeper” being such a powerful record way back when. Jessie is, to me, an amazing talent. Daniel Caesar is another amazing talent. He does great stuff, man. It’s really amazing to be in Toronto to see so many people cracking the code worldwide.”

“I want to see Incredibles 2, of course. I want to see the new Sicario movie. And Ant-Man and the Wasp looks really good.”

“I have a shrine in which I count down to the Game of Thrones premiere. I pray to it, I burn incense and make sacrifices in front of it. I do want to get into Westworld, I want to check out Mindhunter and I’m very interested to see what they’ve done with House of Cards. There’s lots of really good television out there.”

Raise your banners. Join us in celebrating the 7th Nameday of #GameofThrones. #7Years7Kingdoms

“Check out Mister Tachyon [ed’s note: Mister Tachyon premieres on Viceland on July 11]. It’s a science show we’re doing where we experiment with fringe science. We do an episode on alternative medicine, energy healing, all this stuff traditional science disregards. We’re not there to prove or disprove anything, we’re just there to do the experiment and be as honest as we can possibly be.

“The key is that the host is a fictional character called Mister Tachyon. He wears a helmet and an all-black outfit. The story is that his father was a scientist who turned him invisible in a lab experiment, which is why he’s wears the outfit. I describe it as if Iron Man hosted MythBusters. We’re doing science on things you don’t normally do it with, with a character who is an analogy for science itself. It’s a wild show, not something you see everyday.”

I have created a show with @viceland called Mister Tachyon. Mister Tachyon was born invisible due to his fathers experiments. Now Tachyon searches for a cure by investigating the fringes of science and conducting his own experiments on things such as orgone energy, alternative medical practices, and the powers of the mind (to name a few). If you are in Canada you can watch a special presentation of Mister Tachyon on Viceland at 11pm tonight. If you are interested in concepts outside the norm of accepted science then this is the show for you. Watch dat and let me know your thoughts. This is unlike anything you have seen before… ⚗️?? @MisterTachyon