Demi Lovato: Britney is an icon

Demi Lovato says its “incredible” to work with Britney Spears. 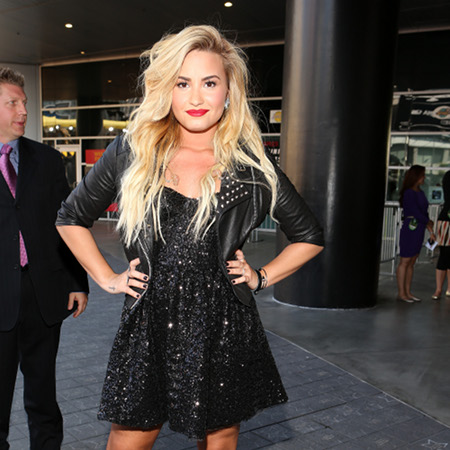 The singer-and-actress grew up listening to Britney’s music. Demi is thrilled to be on the judging panel of The X Factor with the superstar.

“I think it was Britney Spears,” she revealed backstage at the MTV Music Video Awards when asked what her first album was. “Working with someone I idolized growing up is a dream come true… the fact that I’m getting to sit next to her in real life for any reason is pretty incredible.

“The new season of X Factor is going to be amazing, with tons of drama between the contestants, which I haven’t seen but I’m dying to see.”

Although Demi joked that her fellow judge Simon Cowell can be difficult to work with, she quickly added that she has “so much fun” with the famously critical music mogul.

Meanwhile, Simon has admitted that Britney did try to walk out on the first day as a judge on the talent show.

At the time it was reported the 30-year-old singer wanted to leave The X Factor after suffering a panic attack and storming out during auditions in Austin, Texas.

Although Simon originally dismissed the claims, he has now revealed the truth.

“No one is going to admit that on the first day your highest paid star after 20 minutes has walked off set,” he told TMZ. “[Britney] had a moment on the first day where she said to me, ‘I’m not sure I can do this.’”

Along with new additions to the judging panel, the new season of The X Factor will feature a fresh host following the departure of Steve Jones.

Speculation is mounting that Khloé Kardashian is the favorite to take over presenting duties, with producers due to make a decision shortly.

“There’s at least an 85 per cent chance she’ll get the job,” a source told TMZ. © Cover Media