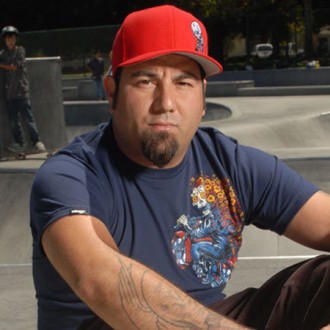 The frontman with the alternative metal group said his son listens to a lot of modern rock bands who champion the theatrical heavy ’emo’ rock sound, and he doesn’t understand why they need two singers – one to sing melodically, the other to do the screaming.

He said: “It’s become difficult for me, the lines are blurred, I don’t know what emo is, it’s hard to decipher.

“I was pointing out to my son the other day when he was showing me these bands: A lot of them have two singers; one guy who’s the guy who’s screaming his head off or doing the ‘Cookie Monster’ growling vocals or whatever, then they’ve got the guy who sings the pretty stuff.

“And I was pointing out to my son that, you know, it’s cool that you like all these bands and stuff but, you know, your dad can do both of these jobs in one!”

Deftones’ suffered a tragic setback in 2008 when they bassist, Chi Cheng, was involved in a car accident which has left him in a coma.

The Californian group scrapped all the songs they had been working on with Chi and started fresh with the new perspective, and Chino said the resulting album, ‘Diamond Eyes’, contains a personal track, ‘Risk’, about Chi’s situation.

He told yorkshireeveningpost.co.uk: “The song ‘Risk’ is the one that stands out a little for me. The lyrical content, thinking of it, it’s probably one of the most, I think touching, and moving songs for me because it deals with Chi’s situation and speaks out a little bit.

“With that track I actually allowed myself to just go straight for it, so it’s probably just one of the most honest songs on the record. I kind of just removed the veil and just said what I wanted to say.”