Dave Grohl believes the Foo Fighters key to staying together is that the band members aren't always honest with one another. 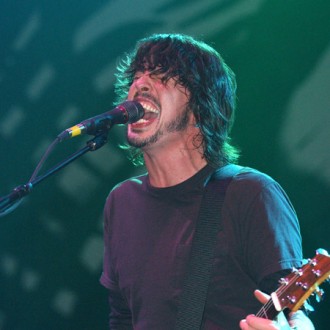 Dave Grohl thinks Foo Fighters have survived for so long because they are dishonest with each other.

The former Nirvana drummer and the other band members – Taylor Hawkins, Nate Mendel, Chris Shiflett and Pat Smear – have just released a documentary ‘Back And Forth’ charting their entire history and the frontman says the director James Moll made them reveal their innermost feelings, which he doesn’t necessarily think is a good thing.

He said: “When we decided to do this movie – the director James, he’s not a music guy. So his focus was the personal relationships and the people. He got us to say things we might not even say to each other. Which I believe is one of the reasons we’ve managed to stay together, because we just don’t tell each other everything.

“I know that some bands hire therapists to help them sit down and work s**t out. That would completely destroy our band. Bands in therapy are doomed. You shouldn’t be open emotionally with your band. From the beginning we wanted to make it clear that this was not like the drama club. We did not want any buls**t”.

Dave also admitted despite their image as a conflict-free band, the group have gone through their share of ups and downs.