Dave Grohl compares working with producer Butch Vig again to ''f***ing a girlfriend you had 20 years ago'', saying he was initially worried if it would work out between them. 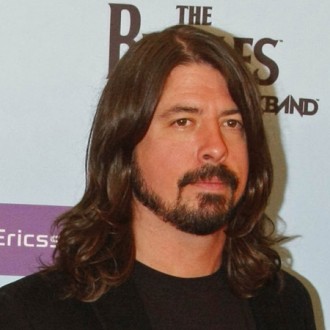 Dave Grohl compares working with Butch Vig again to “f***ing a girlfriend you had 20 years ago.”

The Foo Fighters frontman is making a record with the producer for the first time since he was the drummer in Nirvana and Butch recorded the band’s defining ‘Nevermind’ album, but said he was at first apprehensive whether it would work out.

He told Q magazine: “Going back to make an album with a producer you’ve worked with before is not unlike f***ing a girlfriend you had 20 years ago.

“It can either be really good or a total f***ing disaster. But it was perfectly natural and totally comfortable and he’s the same person he was 20 years ago. He wears cologne now, I think that’s the only difference.”

The seventh Foo Fighters album will also feature former Nirvana bassist Krist Novoselic on bass and accordion for one song, ‘I Should Have Known’, and Dave told how it was emotional to be reunited with the other surviving member of the group, which ended in 1994 when frontman Kurt Cobain killed himself.

Dave said: “When I see Krist, I hug him to celebrate our lives, but I also hug him to console him, y’know. When you see each other you’re immediately connected by the good things and the bad things.

“The song ‘I Should Have Known’ I thought would sound great with his bass-playing and accordion-playing. It’s probably the darkest song on the album.”

Foo Fighters new album will be released in spring next year.