Coldplay singer Chris Martin admits he's been ''playing it a bit safe'' for a large part of his life, and has conformed with things he doesn't necessarily agree with. 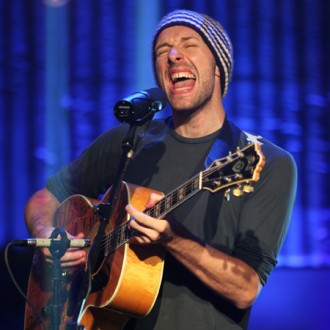 Chris Martin admits he’s been “playing it a bit safe” for a large part of his life.

The Coldplay singer said the lyrics on the band’s next album are inspired by New York graffiti and the White Rose Movement – a group of German children in World War II who printed anti-Nazi flyers – and he admires people who speak out and express themselves in negative environments – admitting he’s not always done that himself.

He told Q Magazine: “I admire it. I’ve spent a lot of my life playing it a bit safe or conforming to something, even though I didn’t agree with it. So I have respect and admiration for people who don’t.

“The ideas come from graffiti art of the 70s in New York, where people were expressing themselves with paint. Then there was the White Rose Movement. Anybody who’s standing up for themselves.

“It’s about being free to be yourself and to express yourself among negative surroundings. Being able to speak out or follow your passion, even if everybody seems against it.”

The ‘Viva La Vida’ hitmakers are presently in the studio in London, recording their fifth album, and although they are still considering what the title will be, Chris gave a hit away.

He added: “I don’t want to say about the title. It will probably begin with an ‘M’. Two words.”