Bruno Mars has filed a lawsuit to Los Angeles County Superior Court against his publisher Bug Music asking a judge to free him from the organisation. 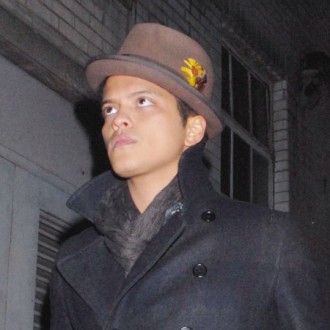 Bruno Mars is suing his publisher.

The ‘Just the Way Your Are’ hitmaker – whose real name is Peter Hernandez – has filed a lawsuit asking a judge to free him from a contract with Bug Music which he claims ended on May 12, 2011 when the company didn’t exercise its option to continue it

The 25-year-old singer’s lawyer, Michael J. Niborski, told the Los Angeles County Superior Court yesterday (30.08.11) Bug originally acknowledged they would have to extend the contract in order for a deal to continue between the two.

He added that when Bruno expressed his wish to leave the publisher, they “shifted gears, and suddenly argued that Mars had not, in fact, met the minimum release requirements”.

The documents also claim Bruno had to submit all his music by February, giving Bug time to decide whether to continue their agreement with the ‘Nothin’ On You’ writer before the deal then expired in May.

The organisation counter claims Bruno is still under their contract and they own 50 per cent of the copyright to any music he makes.