Arctic Monkeys frontman Alex Turner goes through phases where he stops liking some of the group's biggest hits. 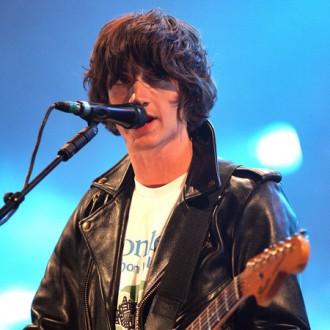 Arctic Monkeys frontman Alex Turner once “fell out” with the group’s biggest hit ‘I Bet You Look Good on the Dancefloor’.

The singer now enjoys performing the track – which was released in 2005 and became their first number one single in the UK – more than ever, but admits he goes through phases of disliking songs from the band’s back catalogue.

He said: “It’s more fun than ever to play it now. I probably fell out with it for a moment somewhere along the way.

“But I fall out with all of them at some point. I’d never imagine not playing it live, and now when it comes round in the set it’s just like… fun. We all really enjoy playing that.”

Alex believes the success of the track was down to the efforts of drummer Matt Helders, though he admits he can’t remember very much about his own part in the writing process.

He told NME.com: “It all came from that drum thing at the beginning originally. That was the first part of the song, that drum bit. I play the lead guitar on it, but I really can’t remember when that happened, or even what practice room we were in.

“But I remember Matt playing that thing. I guess it was some exercise that he’d seen somewhere, or a version of it, which he’d sped-up, because he was doing it as fast as he could. A lot of those songs back then came from something that he’d played, because he almost plays riffs on drums, or plays leads.”