Alex Winston wants to write songs for other people, and would eventually like to pen a country hit. 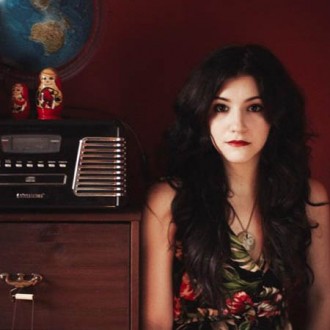 The ‘Locomotive’ singer is best known for her offbeat pop tracks, but said she would like to write for other artists, and one day hopes to pen a country hit.

She told BANG Showbiz: “I’m actually just starting to get into writing for other people. I have written a bunch of songs that I know would never use, but I can definitely see someone else recording.

“I’d like to try and write country songs, I really look up to people like Dolly Parton and Dixie chicks and stuff.

“It’s a really cutthroat market, I’d be really proud if one of my songs could ever got cut it in the country world, they’re crazy over there.”

Although she’s aiming to write country tracks, Alex added her own list of influences is more rock based, and she owes much to her home state of Michigan in the US, birthplace of Motown.

She added: “Mainstream pop over the last 20 years hasn’t really influenced me at all, I’m more into early rock, Chuck Berry, Little Richard, Motown, punk rock, The Stooges, have been way more of an influence than anything else, but I just think I’m more of a natural pop writer.”

Alex will release her single ‘Sister Wife’ next month and also return to Europe for a tour, starting May 10 in Glasgow, Scotland.