Adam Ant wants to be ''scaring the f**k out of the audience,'' with his set on his comeback tour. 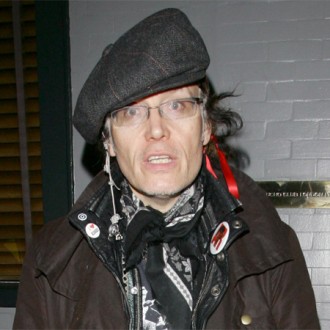 Adam Ant wants to be “scaring the f**k out of the audience,” on his comeback tour.

The ‘Prince Charming’ hitmaker is firmly on the comeback trail with his present UK tour and wants to show the audience – particularly the females who come to see him – he is back on form.

He said: “I play as if my life depends on it. It’s about scaring the f**k out of the audience and having sex with them – well, the girls anyway.

“I look like Adam Ant again. I’m a dandy. I go out every day and try to impress myself. I’m like the Sperminator – I’ll come again.”

The singer – who spent most of the last decade unable to perform as he was undergoing treatment for mental health issues, which he has now resolved – said that while he aims to produce a rowdy show, he doesn’t want it to be like the heyday of punk when he grew up.

He told The Scotsman newspaper: “It was very violent and sexy, till they started spitting and putting safety pins in their nose.

“It was dangerous, like going to Vietnam and surviving. But rock needed it. It was stylish and subversive, dangerous and humorous, too.”

The singer’s comeback album ‘Adam Ant Is the Blueblack Hussar in Marrying the Gunner’s Daughter’ is set for release next year.