AC/DC lead singer Brian Johnson says the band are set to meet to discuss a possible new album and tour to celebrate their 40th birthday next year. 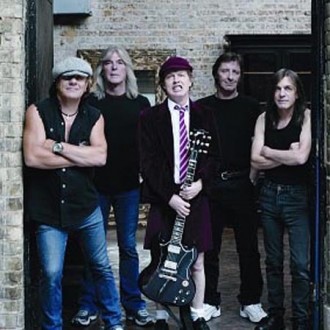 AC/DC may tour and release a new album to celebrate their 40th anniversary next year.

Brian Johnson, lead singer for the ‘Back in Black’ rockers – which also includes brothers Angus and Malcolm Young, Cliff Williams and Phil Rudd – said they are set to get together to see “how we’re feeling” about moving forward with the band, though he admitted they never like to work to deadlines.

He said: “I’m going to see the boys and we’ll probably have a little pow wow and a chat to see how we’re feeling. We never ever say, ‘We’re going in the studio January next year,’ if you do that you’re straight under pressure, and we’ve never worked like that.

Although Brian is keen to get back on tour, he does not think they will take on anything on the same scale as their two-year ‘Black Ice World Tour’, which saw them play to more than five million fans and visit 108 cities in 20 months.

He added to Popeater.com: “I don’t think I could do two years again, that was brutal, but I’d sure hate to say that’s the end of it.

“I think you need a full stop at the end of everything, a sentence, your life, or your car. There has to be a full stop and I don’t think we’ve had one yet.”