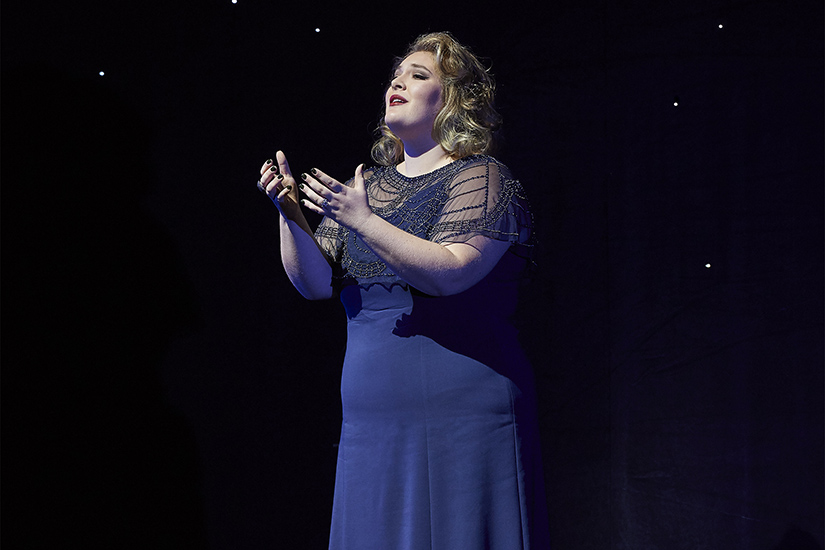 This Wednesday, the Canadian Opera Company held its 5th annual Centre Stage Competition, which is a bit like American Idol-meets-Tosca: After an exhaustive audition process, the top rising operatic talent in Canada convened on the Four Seasons Centre stage for a sing-off dramatic (and impressive) enough for any diva’s standards. The prize was a a spot in the company’s coveted ensemble studio, a.k.a. the Oxford or Harvard of Canadian opera training.

After an incredibly moving rendition of an aria from Joan of Arc, Vaughn, Ontario native Simona Genga won both the audience choice vote AND the judge’s top ranking. We chatted with the mezzo-soprano the morning after her life-changing win.

How are you feeling right now?!

I’m still in a little bit of shock! It was just such a wonderful experience. We were working at the COC a few days even before the actual competition, so we had a lot of behind the scenes rehearsals and coaching. It was a really long and exciting week. I got to celebrate with everyone and now I can relax a bit. I’m still processing though…

You looked so surprised when you won. Is that how you felt?

I felt like a winner the minute I even got to be a part of the competition. My dream has always been to perform on stage, and when I got the call that said, “You get to sing, on stage, in a fabulous dress, with an amazing orchestra, at the Canadian Opera Company” I could have gone home happy just because of that.

How will this win change your life? Like, how big of a deal is this?

It’s been a really big goal of mine for a really long time, and it’s something that a lot of young singers aspire to do—to have the experience of working at a professional company, and getting opinions, advice and support from them. This week has been really eye-opening because I got a lot of encouragement about the work that I’ve been doing, and the things I’ve been singing, and that is one thing you really gain. You definitely get a lot more experience, just from being able to sing with the orchestra and having the experience of being on stage in front of so many people. It’s also a big launching pad and you get a lot of exposure just being at the event.

Your performance moved some people in the audience to actual tears. What were you feeling?

One of the things that’s just so amazing about opera is that no matter how long ago it was written, it’s still so relevant because it’s all about emotion and the human experience. I find it’s important that whenever you sing something you make it also personal for yourself so you can be vulnerable and honest. For that Joan of Arc aria, she’s saying goodbye to the forest. Now, I’m saying not goodbye to a forest in my real life, but I thought a lot about the people who I studied with, who raised me and how I got to where I was that evening, and knowing that things would change from here on for me, in exciting and great ways.