The prime minister of Canada sat down with Jessi Cruickshank, host of 'New Mom, Who Dis?', for one of his only one-on-one interviews during the 2019 campaign. 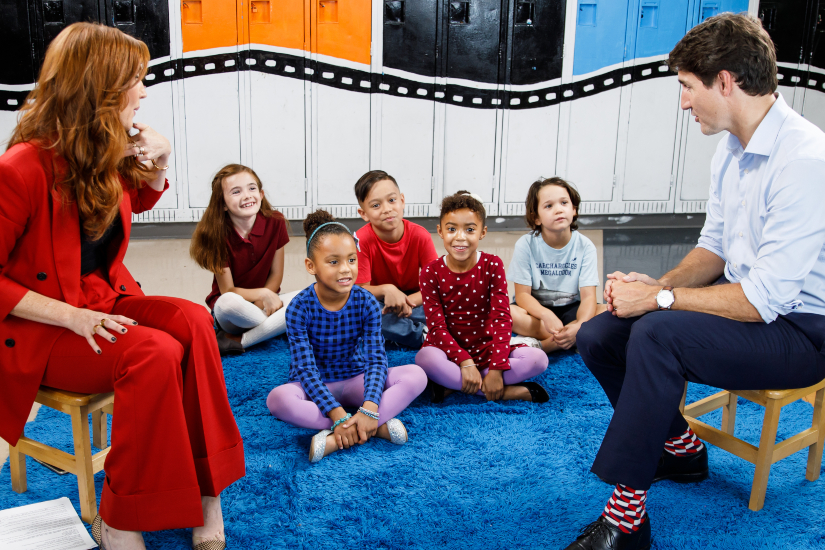 When Jessi Cruickshank and her producing partner were brainstorming for the second season of her Facebook Watch series New Mom, Who Dis? about navigating motherhood, they reached out to an array of dream guests. That wish list included everyone from Real Housewives stars to…Justin Trudeau, the prime minister of Canada. And although they contacted his team, they were never expecting the PM to say yes, let alone give Cruickshank one of only two one-on-one on-camera interviews he’s done so far during the 2019 federal election campaign.

“I’m as shocked as you are! It’s a little show,” the Canadian television personality tells us over the phone. “Apparently his team are fans of mine and fans of the show, and he loved our ‘Hot Dads’ episode and that’s why he wanted to do the show.”

Cruickshank’s interview with Trudeau, which was filmed after the brownface photos surfaced, launched the second season of the web series this week. Their conversation ranges from the light and funny (like the super awkward photo of Trudeau kissing Melania Trump) to the very serious (like Canada selling arms to Saudi Arabia). And in a segment where children had the chance to pose their own (unscripted, Cruickshank adds) questions to the PM, a pair of six-year-old twins asked: “Why did you paint your face brown?”

“Before I had kids, I was young and carefree. I was politically aware and I certainly had things that I cared about, but my values have definitely changed.”

“I wanted to have a human conversation [with him],” says Cruickshank. “My whole goal was to get something different. To go in, not as a hard-hitting journalist or a hard-hitting reporter, but as a person and a human and a mom raising a young family. I wanted to see the human side of him. I wanted to see him be able to laugh and joke and reveal something about his personal life and his family. But I didn’t shy away from the hard questions [either].”

If you know Cruickshank from her previous gigs (like co-hosting MTV Canada’s The Hills after show with Dan Levy), but haven’t seen her Facebook series, you may be surprised to see an ostensibly light-hearted, sometimes goofy show about parenthood tackling the 2019 federal election. But the host says it’s indicative of what’s to come in season two: funnier moments that act as an escape (think day drinking with motherhood-blogging BFFs Cat and Nat) balanced with tough, real conversations with people, like a couple fighting the Trump administration for the citizenship of their son.

And don’t expect that to change. “Before I had kids, I was young and carefree. I was politically aware and I certainly had things that I cared about, but my values have definitely changed. Now I’m looking for so much more in a leader,” Cruickshank says. “[After this episode], I walked away looking at my role as a mom in a whole new way. It’s important to raise kids in a home where we can have open conversations; to raise them to be politically active, global, informed citizens. I’m certainly going to do that, starting now.”

Watch the episode below.