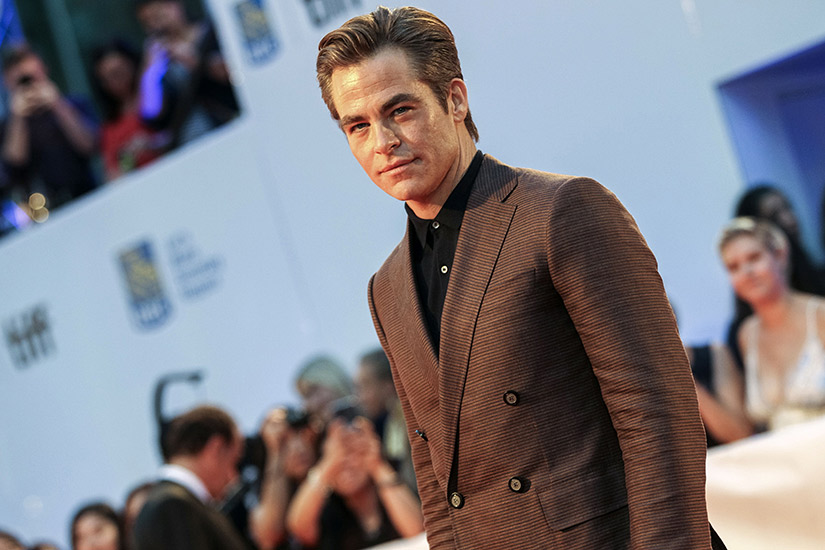 It was Chris Pine’s big moment at opening night of TIFF.

The actor, naturally, received the loudest cheers of the night from fans when he stepped onto the red carpet for his latest flick Outaw King, which was this year’s opening gala film. The historical epic—which drops on Netflix in November—stars Pine as Robert the Bruce, the King of Scotland who led the war of independence against England.

“It was a joy to work with Chris,” co-star Tony Curran told us on the red carpet. “He’s a great collaborator.”

One of the many challenges when adapting a historical story for film, according to those on the red carpet? Including well-rounded female characters. “Women in history were allowed to do so very, very little and lived such contained lives, so you have to find the agency, and the power and the humanity within what can be a really limited set of circumstances,” said Bathsheba Doran, one of the movie’s writers.

“I just can’t have it,” she added. “If I see a woman character and she’s only there to illuminate the character of men, I have to stick my pen through it. Luckily, in the case of this movie, that was important to everyone.”

“This is actually our second time playing at TIFF—we played here in 2014 with Ellie Goulding,” eldest sis Este Haim told us. “It was like a lot of girl power in the room. And obviously, we love Toronto so any excuse to come here, we’re like yes, absolutely, send me your way.”