5 things to know about the actor cast as Lee McQueen 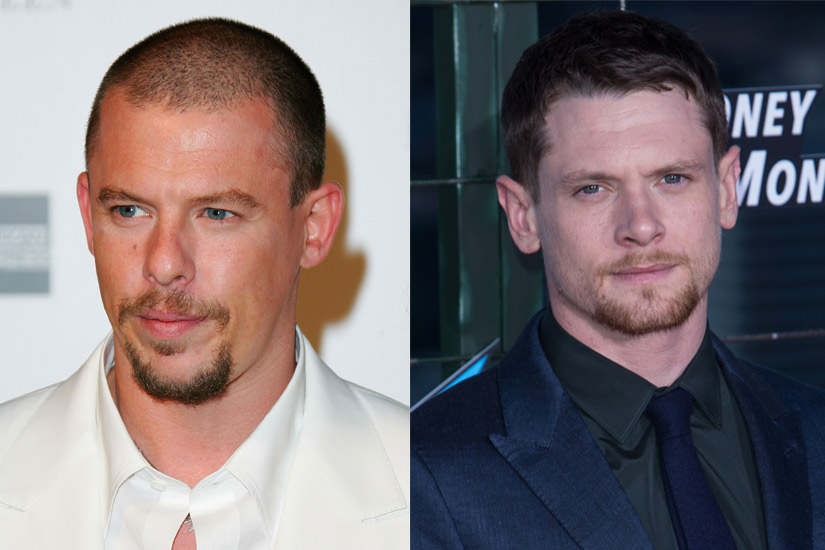 Jack O’Connell will play Alexander McQueen in an upcoming biopic about the late designer. Here are five things you need to know about the English actor.

Jolie cast him in her 2014 movie, Unbroken, when he was just 23. O’Connell told ES Magazine that after he signed on, Jolie invited him and his friends and family out to a pub because she “wanted to meet my people.” Jolie speaks equally as highly of O’Connell, telling Entertainment Weekly “he’s fascinating to watch.”

His breakout role was on the British teen drama Skins.

From 2009 to 2010, O’Connell played James Cook, an outgoing but self-destructive teen. You can watch the series on Netflix RN. Try spotting Dev Patel, Nicholas Hoult and Game of Thrones’ Hannah Murray, who all got their start on the show.

O’Connell had hoped to play professional soccer. (His maternal grandfather was a former player and helped him land a tryout for a professional team.) But a knee injury at 16 ended that dream. By then, O’Connell was already acting, but, as he told the Telegraph, he was unconvinced he would last in show biz and instead “wanted to join the army when football failed.”

The model and Suicide Squad actress was linked to O’Connell after the two were spotted hanging out in 2014. Although the two never officially confirmed their relationship, O’Connell did skirt around the topic when it came up with the Guardian, saying, “Look, I’m not single.”

He’s kind of a model.

O’Connell was the face of Prada’s Spring 2015 menswear campaign. We bet we’ll be seeing in him some McQueen verrrry soon.

Jack O’Connell by Craig McDean. Prada presents the ‘Behind the Scenes’ video of its Spring/Summer 2015 Menswear Campaign.