The actor-filmmaker is leading with intention. 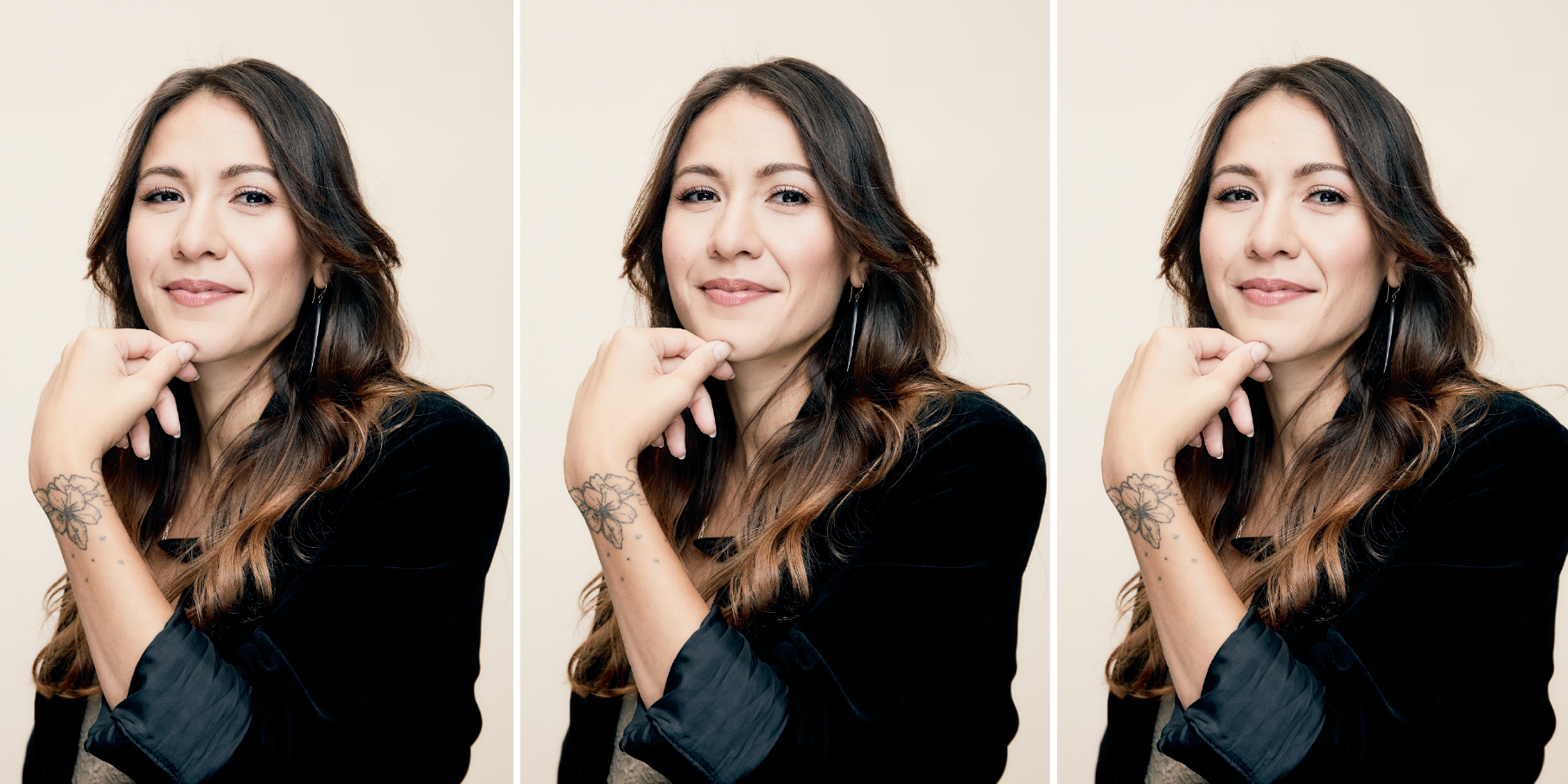 There’s a scene in the first episode of Prime Video’s new Canadian mystery-crime series Three Pines in which an Indigenous woman named Bea, played by acclaimed Cree and Métis actor Tantoo Cardinal, briefly meets detective Isabelle Lacoste, played by Blackfoot and Sámi star Elle-Máijá Tailfeathers. The scene is, unsurprisingly, expertly acted and made even more compelling when Bea makes a comment that is somehow both piercing and almost offhand about what an interesting choice it is for a fellow Indigenous woman to work in the Sûreté du Québec, the province’s provincial police force.

It’s something Isabelle, who was adopted and grew up in a non-Indigenous home, contemplates as she learns more about where she comes from throughout the first season of the series, which debuts in early December and is inspired by Louise Penny’s bestselling Chief Inspector Gamache mystery novels. (Alfred Molina takes on the leading role of the kindhearted Armand Gamache, who is a mentor figure to Isabelle.) It’s also something Tailfeathers—whom you’ll know as the award-winning filmmaker behind movies like the drama The Body Remembers When the World Broke Open and an actor in projects like 2021’s dystopian thriller Night Raiders—had to grapple with before accepting the role.

“It was a very hard decision—I resisted the opportunity initially,” she says over video chat from Winnipeg, where she is currently working. “As an Indigenous person, I have a very complicated relationship with policing. It is a very violent thing here, and Canada has a big problem with racism at every level of government and [within every] state institution.” But then Tailfeathers thought of the Indigenous police officers she knows, including the Blood Tribe Police Service of the Kainai Nation, her home in Alberta, and wondered if this was a chance to honour their drive to make a positive impact in their communities.

There’s also the fact that Isabelle isn’t Indigenous in the books. The production team made a creative change so they could explore more serious issues, like missing and murdered Indigenous women, onscreen. “It was a really wonderful decision,” says Tailfeathers. “Because not only do I get to play her—I think it’s really special to see a complicated Indigenous character like this onscreen—but we also get to explore and unpack these issues and complexities for a broader audience. Visibility matters, and to know that stories about residential schools and the Sixties Scoop are going to be on a show like Three Pines, which is going to be streaming around the world, made all the difference to me. It is almost unprecedented visibility for stories like this, and there’s so much to gain from that, even if it’s just the start of a conversation or subtle shifts in the understanding of the realities of Indigenous people in this country.” 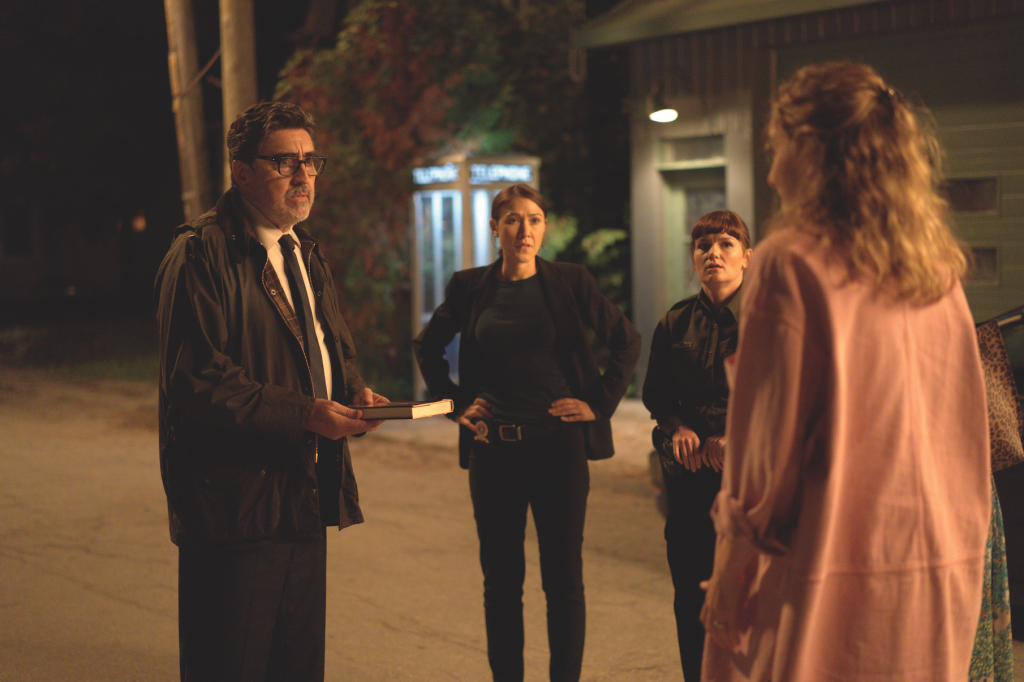 But there was one more factor that really sold Tailfeathers on the series: She would get to work with Tracey Deer, a Mohawk filmmaker who directed two episodes of the drama. When a 19-year-old Tailfeathers first started out in the industry, she went into acting because there weren’t many Indigenous women filmmakers—aside from trailblazer Alanis Obomsawin—to look to for inspiration. She got some small parts and mostly ended up auditioning for inauthentic, problematic roles (like those in every Twilight movie) in projects written and directed by
non-Indigenous people. After a few years of frustrating experiences, she decided to go back to school, majoring in Indigenous studies and minoring in women’s and gender studies at the University of British Columbia. There, she was finally able to learn more about Indigenous cinema, including one of Deer’s earliest documentaries. In her last semester, Tailfeathers made her first short film—with an entirely Indigenous crew—and “that changed everything” for her. More than a decade later, she has returned to acting and still makes her own movies (the most recent being a documentary about the opioid crisis and its effects on her community, Kímmapiiyipitssini: The Meaning of Empathy), and she counts that Deer documentary as one of her personal foundational films.

While it was her deep respect and admiration for Deer that encouraged Tailfeathers to take on her Three Pines role, she will jump at almost any opportunity to work with another Indigenous filmmaker—particularly if they’re a woman. It can be incredibly alienating and isolating to be the only Indigenous person on a set—a stark contrast to the shared sensibility and community she has felt working with other Indigenous filmmakers like Danis Goulet, Jeff Barnaby (who recently died after a battle with cancer) and Kathleen Hepburn (who co-directed The Body Remembers When the World Broke Open). “There’s a sense of responsibility [among Indigenous filmmakers],” says Tailfeathers. “There’s an understanding of the weight of telling these kinds of stories and a recognition that we have an accountability to our communities and to the people with the lived experience we’re depicting onscreen.” That’s part of what sets Indigenous filmmakers apart from the mainstream industry, she argues—they have a staunch commitment to each other that helps foster a healthy, non-hierarchical creative environment.

Since filming Three Pines, Tailfeathers has gone back to directing, having stepped behind the camera for a few episodes of Little Bird, an upcoming Crave series about an Indigenous woman who was adopted during the Sixties Scoop and attempts to reconnect with her birth family. As for what’s next, she wants to do something a bit different: find joy. “I want to tell stories that reflect the beauty of my communities—I am so deeply proud of where I come from and who I come from, and I want to be able to honour that beauty, strength and joy,” she says. “It’s a very radical thing to be able to feel joy, love and hope, especially considering everything our people have been through and continue to face on a daily basis.”

Read more:
Indigenous Actor Kaniehtiio Horn Knows She Can Have it All
Devery Jacobs Is the Leader of the Pack
How These Indigenous Women Are Reclaiming Their Culture