Helen Fielding opens up about fame, chick lit and how she wrote a very modern Bridget Jones novel. 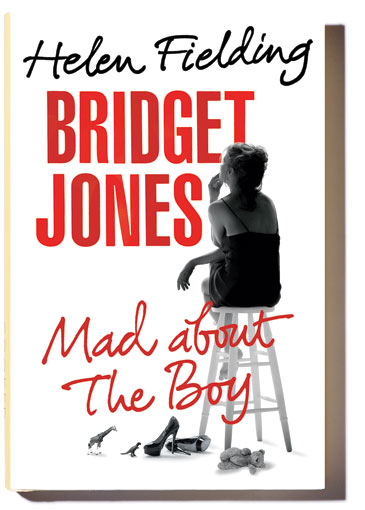 Few things have resonated with women as profoundly and universally as the hilarious, painful, sobering and drunken tales of Bridget Jones. Author Helen Fielding not only penned those stories; she based them on her life’s adventures. After the first Bridget Jones book (which was based on an anonymous newspaper column she’d been writing) was published in 1996, Fielding moved to Los Angeles, had two children, split from her partner and moved back to London. Now, nearly 20 years later, we find her most famous character in much the same situation in Bridget Jones: Mad About the Boy. Before the book hit newsstands, I chatted with arguably one of the most famous authors of the 20th century about love, life and chick lit.

Why did you wait so long to write this book?
“I hadn’t really intended to write another one. Suddenly, about 18 months ago, I just found myself with a story. I’d been living back in London for a few years; I always keep a diary, so I had lots of things I find funny about London life. I was jotting down all these things on my computer. Then I just started writing it.”

Why hadn’t you wanted to write another?
“I thought I’d lost my writing voice, actually, after I wrote the last one. I suddenly felt quite selfconscious about it. I remember going to the library with the kids, and when the lady stamped the card, she said, ‘Oh, your mommy used to be a very famous novelist.’ I always have lists of things to do. It’s insane because (a) I can’t possibly do everything on the list in the time available and (b) there’s no differentiation between responding to a ‘Build-a-Bear party invitation’ and ‘Finish dramatic novel.’ People have such overstuffed lives that they find themselves wandering from room to room, not remembering what they were looking for in the first place.”

That sounds like something that might happen to Bridget.
“I haven’t actually put this in the book, but when I had my daughter, it was by C-section. So I prepared a group email to send—because I knew her name and when she was going to be born—and then I accidentally sent it. Then I sent another email saying ‘I’m really, really sorry, but I haven’t actually had the baby.’ But I didn’t feel like then sending another one saying ‘Actually, now I have had the baby’ because no one would believe me.”

How much of Bridget’s life now do you think is based on your own?
“I denied that she was me, initially. I was saying ‘No, no, she’s not me at all! I’m a virgin and I don’t drink!’ So, I mean, it’s not a memoir, shall we say, but it has to come from some truth—either from me or from stories that people have told me. I have to know that this has its heart in what is actually happening with women.”

In this book, life certainly deals Bridget some blows.
“As people get older, they have to deal with things, hard things, and still find the fun in life. And I’ve always been drawn to that mixture of light and shade—my first book was a satire set in a refugee camp. I’ve always been interested in how comedy and pain coexist. In the first Bridget book, I think there was quite a lot of pain underneath it. Many people of Bridget’s age are struggling to start dating again and find themselves as women again—and all the stuff that goes along with modern dating and being older, like dating a younger man when you need reading glasses to read the menu. It paints a very rich scene to me.”

What hilarious slip-up did Barbara Walters make about Fielding? Find out on the next page…

You’re credited as being a pioneer in the chick-lit genre. How do you feel about that?
“Well, I felt very bad when somebody—and I think it was Barbara Walters—said ‘the grandmother of chick lit.’ And I assume she meant ‘godmother.’”

You’ve had staggering success. How do you define it?
“I always think it’s very funny when I’m trying to get my children to come to the table and I say ‘Come to the table! One…two….’ And then I’m thinking ‘Oh, God, what am I going to say when I get to three?’ What I want to say is ‘Don’t you know who I am?’ [Laughs] So I think the measure of success is when you start thinking that your children should come to the table because you’re important. But I think what is really great is that I wrote a book a long time ago and it’s still in print, and people still talk about it and it still has meaning for people. If it’s one of those books that stay and that people are reading in school in a hundred years—if indeed they still read and don’t just have Google Glass—it will be very cool that I somehow summed up a certain time and theme in that book.”

Why does Fielding think fame is a "double-edged sword?"…

That story has been culturally pervasive. Do you see that in your day-to-day life?
“I do, and people come up to me and make confessions, almost as if I’m the Pope…. We’re so inundated with ideas of how we’re supposed to be and how we’re supposed to look—most of which don’t really exist. I suppose this book is more about the gap between how you feel your life is expected to be and how it actually is. The thing about a happy ending is that it’s all to do with the point at which you stop in a story. Everyone gets those moments in their life, which are happy endings. But life does not turn out how you expect it to.”

What does fame feel like to you?
“I’m not really famous; the character is famous. I’ll sometimes be at a party in Hollywood where no one has any interest in talking to me, and then Bridget Jones comes up and you’ll actually see them change their level of interest. It’s a very good situation, but fame is a double-edged sword. When there was all the hype with Bridget originally, I came back to my flat in London and there was a photographer outside on a motorbike. I was absolutely furious. Then as I got closer, I realized he was delivering a pizza. I was so disappointed. That’s what it does to you.”

Is it too soon to ask if you’re planning another?
“I’m not planning another, no. I’m planning to just do ordinary things now—putter around. I want to clean out the attic. I haven’t had much time; writing a book is very absorbing.”

That’s hilarious because in this book, Bridget spends a lot of time thinking about cleaning out her cupboard.
[Laughs] “I did actually clean out one cupboard as I was writing it.”

Did you feel better after?
“I really, really enjoyed it. Every time I look in it, I feel happy.”

Is it still clean?
“Well, it’s not as good as it was, but it’s a lot better than it was before I cleaned it, so that’s very good.”