Dream Job Alert: The Canadian Who Became a Master Winemaker 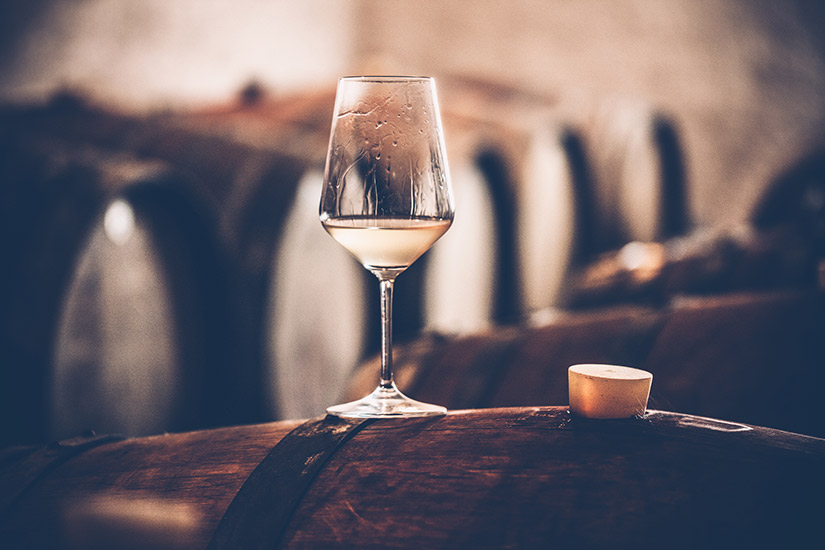 Megan Schofield has her dream job (and ours, tbh)—but it’s not the one the St. Catharines native imagined for herself growing up, or even where she thought she’d end up when starting university. In fact, despite having lived in part of the Niagara wine region, the winemaker at Robert Mondavi didn’t even think of her current job as a possibility. “I remember as a little child going to the grape and wine parade [part of the Niagara Grape and Wine Festival]. It was always a big deal,” Schofield says. “[Wine] was always on my radar, but I never, ever really considered it as a career.”

Schofield is now based in Napa Valley, where she joined the Robert Mondavi Winery in 2015, leading the production of Fumé Blanc, Chardonnay and Pinot Noir wines. How did she land one of the coolest jobs in the world, and what exactly does it entail? We caught up with her to find out.

There is a class for that

“I had entered Brock University for biotechnology—sort of using biological sciences and chemistry and how to harness those powers as humans—and I completed two years of that program not really sure what to do when I graduated. I remember my biotech professor talking about ‘brewmasters’ and I think that was the first time it entered my radar that making alcohol could be a profession.

“When I was finishing my second year, I found out that Brock was opening a degree program in winemaking, and I applied because I thought, ‘Oh, that sounds really great.’ I was accepted and I graduated in 2000, the first graduating class. There were 10 of us. My degree is actually a bachelor of science. Winemaking and grape growing is like this intersection of science, and creativity, and art. It’s so cool.”

“I moved to California in 2001. I had a friend who took a job at a winery in California. I had just graduated and I was sort of looking at what my next move was and he said, ‘I can get you a job for harvest.’ That’s what you do: you get your degree and work in harvests in different parts of the world. I went out there and really just fell in love with California. I was like, ‘Um, I‘m going to just stay here.’”

A day in the life

“The cool thing about my job is that it’s super seasonal. So what I was doing last week is totally different from what I’ll be doing in September. In August we start harvest. I’ll spend all morning in the vineyards tasting the grapes. Then I’ll get to the winery in the afternoon and start working on what I’m going to bring in the next week, looking at the fruit that’s come in and managing the fermentations.

“It goes from fermentation to the nuances of aging the wine. Then we get into blending season, which is like trying to take all the separate lots and barrels and tasting to see how we can but together the best wine to bottle. Then once you have your blend, there is something called finishing, which is getting the wine ready for bottle. It’s this big cycle.”

How much wine does she really get to have?

“I taste everyday. I taste the grapes, I taste the juice, I taste the fermentation. You have to get pretty familiar with all the lots, it’s so intense. There are things that could happen in fermentations, they could go bad. I’m making sure that’s not happening by tasting, and using my nose, looking at numbers, too. It’s sensory, but also very analytical.”

“There are no rules. Just trust what you like. A lot of people worry that what they like isn’t good enough, but it doesn’t matter. I’ve tasted with some of the great palates of the world and we have very different opinions. And that’s totally okay! If you’re going to drink something that someone is telling you that you should like and you don’t like it, then you’re never going to like wine. Trust what you like and enjoy it.”