Becoming a Pastry Chef Helped One Woman With Her Eating Issues

"I never worry about food because I know my body has the wisdom to take care of itself as long as I'm listening." 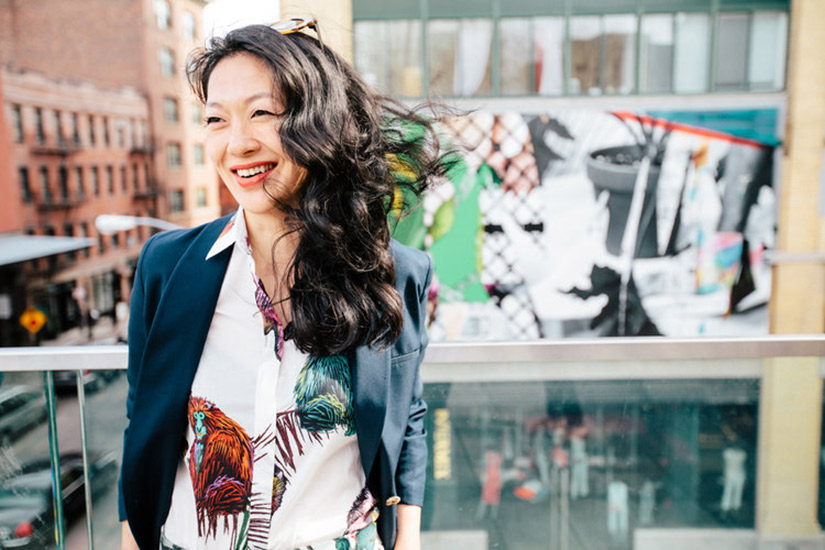 From where Jackie Kai Ellis stands now—founder of Vancouver’s Beaucoup Bakery and excursion leader for food-obsessed touristes in France via her company The Paris Tours—the long journey to get to this place is not immediately apparent. But as she details in her new memoir, The Measure of My Powers, the confident, centred, entrepreneurial 38-year-old she is today was born out of the perfect storm of a slightly-late-onset quarter-life crisis: At the same time she was questioning her career as a graphic designer, her emotionally unfulfilling marriage was becoming unbearable and her eating disorder, which manifested as obsessive exercise and restricting calories, was at its most controlling. That’s why the fact that her long, slow climb out of that dark place was based on a new-found calling as hedonistic gourmand is so fascinating: “I’ve obviously had a complicated relationship with food,” says Kai Ellis. “In the past, it was a form of self-torture as well as self-love; I don’t think that ever really goes away.”

Kai Ellis, who is the daughter of immigrants, traces that knottiness around her attitude about eating to her childhood. “When I was a kid, food was viewed as love, as a form of currency, because there wasn’t much communication happening,” she says. “When you care about someone, you cook for them. A full stomach means you’ve done your job loving that person. It’s a funny thing with Chinese families, though: They’re not happy unless you leave full to the brim, but they’re always commenting on how much weight you gain or lose.” To further complicate matters, Kai Ellis was a minority Asian kid. “I grew up in a Western culture where I was inundated by this idea of beauty that I never lived up to,” she says. All of these conflicting messages resulted in a “gap that created a lot of ‘I’m not good enough.’”

She doesn’t really know why, but in her late 20s she began baking and obsessively reading cookbooks and food magazines and would allow herself one dessert a week. That was step one of moving toward a more normal relationship with food. “I had this desire to feed people and see them happy, and through connecting with this joy of baking and cooking for others, I was able to heal my own issues with food,” she explains. “It’s like my love of food superseded how I used to use it to torture myself.”

A little later, she and her now-ex husband took a sabbatical to France, and it was in Paris, surrounded by culinary delights she’d only read about—almond croissants, babas au rhum, gâteaux aux marrons glacés—that she took a radical step of self-love: “I remember making the decision to allow myself to eat whatever I wanted because this was a once-in-a-lifetime oppor­tunity,” she recalls. “I gave myself leeway to explore, and I became less afraid of food. By the end of the trip, I was 20 or 30 pounds heavier and I remember loving my body more than ever before because I had treated it well. I had followed my joys.” And in another of those moments that Kai Ellis attributes to “that mysterious way where life sometimes just carries you through,” the progress she made on that trip was long-lasting. “I had created a rule for myself of ‘Eat what makes you happy,’ and now when I’m in the zone of truly knowing what I desire, and caring for those things, I never worry about food because I know my body has the wisdom to take care of itself as long as I’m listening,” she says.

A daily search for delight is now at the core of how Kai Ellis lives. “I began by asking myself ‘What do I like?’ I tried to pause and say ‘What makes me happy in this moment?’ It’s the purest form of loving yourself.”