No need feel out of the loop this morning; here’s everything you need to know before your morning coffee. 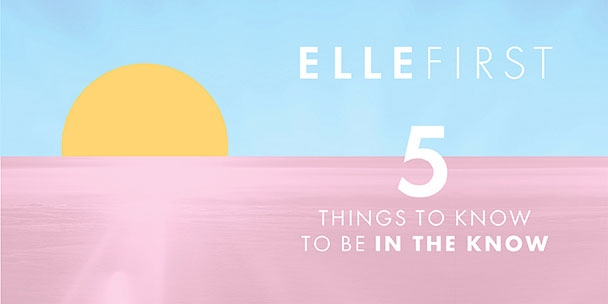 Last Days of Downton
The cast of Downton Abbey said goodbye yesterday as their magnificent six-season run came to a close. The cast shared photos from the set, including Michelle Dockery (Lady Mary), who posed alongside her youngest co-stars, four year olds, Zac and Oliver Barker, while Elizabeth McGovern (Cora) posted a tearful hug between her and Laura Carmichael (Lady Edith) on her Twitter account. The final season will premiere this September. Pssttt…Obsessed with all things British? Meet Prince George’s cool cousin.

A regift plus a new gift =
How Tyga chose to celebrate Kylie Jenner turning 18 yesterday. Last week Kylie received a regifted Mercedes from Tyga (it belonged to his ex) that he had repainted. Kylie didn’t seem to mind but the Internet had a thing or two to say about Tyga’s regifting (like, “ummmm, what!?”). To make up it, Tyga surprised Kylie with a new $320,000 Ferrari 458 convertible for her birthday. Ah, true love.

One in a Million
There has been rumours circulating for years of unreleased music from the late singer Aaliyah (Drake promised us new songs back in 2014 but later abandoned the project). And all seemed quiet until Timbaland, who worked with Aaliyah on her second album One in a Million, posted on Instagram on Sunday and then again yesterday that new music would be released, saying, “sneak peak coming,” and “stay tuned.” No word yet on when and how the songs will be released, but Aaliyah fans all seem to be saying the same thing: don’t toy with our hearts Timbaland!

SoCal Slo-Mo
Baywatch – the series about lifeguards that was on for more than a decade and featured a lot of red bathing suits and running in slow motion – is being turned into a movie! Wait, what!? Our thoughts exactly, but it’s true. And Zac Efron and Dwayne “The Rock” Johnson are starring in it. This time around, Efron and Johnson are the lifeguards, but instead of just giving people various forms of CPR, they’re also trying to save the beach from environmental destruction. How many shots will there be of Efron and Johnson running in slow motion? This has yet to be confirmed. We’ll keep you updated.

Late Night Antics
New NBC “Late Show” host Stephen Colbert announced yesterday who his first guests will be, and they are…drum roll please…George Clooney and rapper Kendrick Lamar! Colbert joked about Clooney: “I hope somebody has let him know. It’s going to be very awkward if he doesn’t show up on September 8.” Although the comedian quickly added that Clooney is the world’s perfect guest, noting that the Hollywood heavyweight is a “brilliant actor, a great director, and he cares about the world.”

Chill Out
Dear Taurus, you might find yourself a little accident-prone today or a little more emotional than usual. We recommend some deep breaths or yoga (if all else fails stay under the covers). Not a Taurus? Read your Horoscope now!