Dating habits of the 21st century

We all know that saying -- "Men are from Mars, women are from Venus" -- but what does it mean, exactly? Here, a survey on what men expect on the first date and why a funny guy will always win a woman's heart. 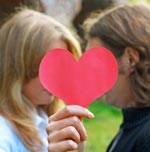 • Regardless of the feminist movement, when it comes to the bill, traditional values still apply…for women, anyway. The results show that 66 percent of women believe that the man should pay for the first date, with the remainder willing to go Dutch. By contrast, most men (60 percent) believe that the bill should be shared, signalling trouble for a number of first dates!

• Career vs. family is another arena in which the battle of the sexes continues. While 64 percent of women preferred a career-oriented man to a family guy, the majority of men (52 percent) preferred women who were more family-focused.

• It seems there’s good news for would-be Camerons and Demis, with the older woman being the hot dating property of the last couple of years. Over 99 percent of male respondents said they would date an older woman, with 32 percent willing to date women up to seven years older than themselves. This trend works in reverse, with 43 percent of women willing to consider a younger man.

• Virginity is out and experience is in. 50 percent of men and 70 percent of women indicated that they would not date someone who’d had zero sexual relationships in the past 12 months. Men in particular value sexual experience in a partner, with 28 percent happy to date a woman who’d had more than 12 sexual relationships in the past year, proof that Grandma needn’t have worried about selling the cow because the milk was already being given out for free.