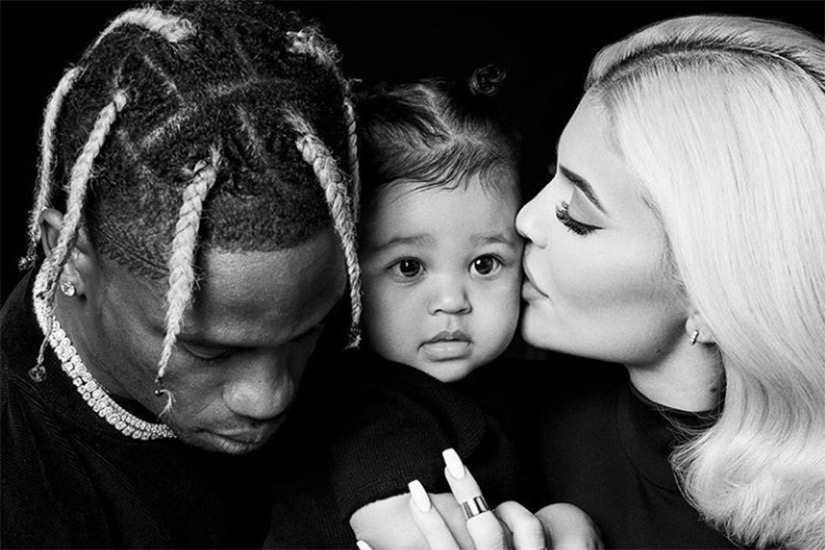 There were rumours that Travis Scott would propose to girlfriend Kylie Jenner during the Super Bowl Halftime show. (At least that would have made it interesting.) The proposal didn’t happen during the show, but it may have happened all the same, just off-screen.

Scott’s posted a photo of Jenner on his Instagram Story and she’s wearing a giant engagement-like diamond ring.

Of course, it’s entirely possible that the ring is just an accessory Jenner was wearing at the game.

Jenner has worn diamond rings on her left ring finger multiple times before, and each time she has sparked engagement rumours, especially because she and Scott keep their relationship relatively private and their exact status hazy. The also started calling each other “hubby” and “wifey” on their Instagrams in October.

Jenner and Scott started dating at Coachella in April 2017. They conceived their daughter, Stormi Webster, just a couple weeks into their relationship and became parents on February 1, 2018. Stormi’s birth was announced hours before last year’s Super Bowl, making this year’s a very fitting occasion for Scott to propose to Jenner if he did.

Jenner sent the rumour mill churning last month when she posted an Instagram photo of herself wearing a different giant diamond ring on that finger with just a heart emoji.

Scott has been very open about his proposal plans and how soon that real ring was coming. In a Rolling Stone interview published in December, he spoke about the progression of their relationship and how he knew Jenner was the one.

When they first started seeing each other during Coachella, Scott called them “just two kids, fucking around. Maybe, like, the first week, you don’t know if it’s real or a fling. Then the second week you’re like, ‘Whoa, I’m still talking to her, she’s responding, I’m responding. We ain’t run out of a thing to say.’ And it got to a point where I was like, ‘I need her with me to operate. She’s that one.’ We’ll get married soon. I just gotta sturdy up—I gotta propose in a fire way.”