The craziest things that happened at TIFF last year 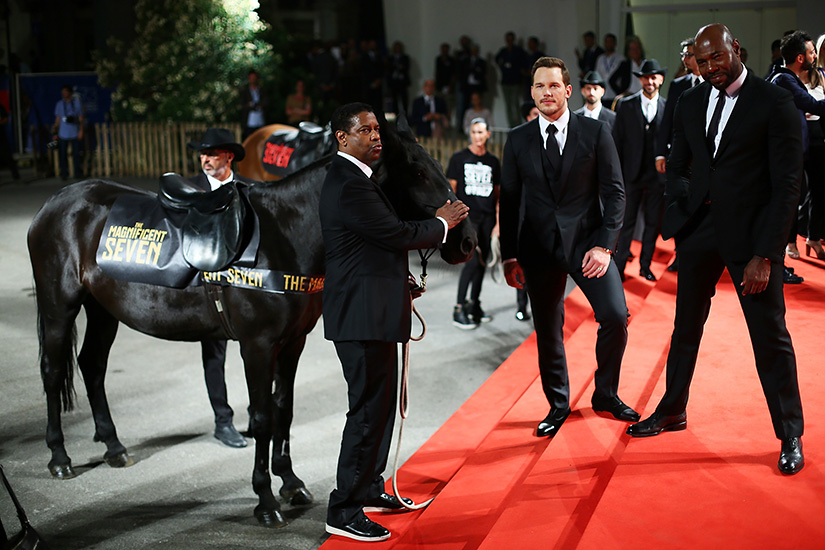 As another Toronto International Film Festival draws to a close, we take a look at the top moments that enhanced this TIFF season.

Pharrell Williams gives a free concert on the street The 43-year old Grammy-winner was in town to promote Hidden Figures, which follows the story of the black women at NASA who performed data analysis for space missions in the early ’60s. (Pharrell did the music). Following a Q&A for the movie, Williams performed a free concert on King St and was joined on stage by a gospel choir, as well as the three stars of the film: Taraji P. Hensen, Octavia Spencer and Janelle Monae.

Blair Witch is back ’90s children, rejoice: The film that terrified everyone at sleepovers (and inspired countless spoofs, including a truly excellent Dawson’s Creek homage) debuted a low-key sequel at TIFF. Ok, so the reviews aren’t great—but do reviews even matter when late-90s nostalgia is at an all-time high?

John Legend and Mark Duplass appear at Hot Docs Legend and Duplass teamed up with Axe to honour three rising filmmakers at the Hot Docs theatre through the TIFF Vanguard Programme. Each filmmaker won the opportunity to be mentored by Legend and Duplass—but what we really want to know is whether they get to hang out with our girl crush Chrissy Teigen.

Lily Rose Depp makes her TIFF debut Is there anything more fascinating than celeb progeny? Johnny Depp and Vanessa Paradis’ daughter appeared on the red carpet to promote Planetarium, her new film about sisters with supernatural powers, co-starring Natalie Portman. She didn’t take any questions though—likely to avoid awkward inquiries about her father’s messy divorce with Amber Heard.

Raw grosses everyone out Unless you’re a major horror fan, we recommend skipping the new French-Belgian cannibal flick Raw. The screening was so intense moviegoers fell ill and ambulances had to be called. We’ll stick with Blair Witch for our scares, thanks…

Lea Seydoux confirms her pregnancy In town to promote Xavier Dolan’s It’s Only the End of the World, the French actress and former Bond girl didn’t walk the red carpet alone: she made her appearance while cupping a teeny tiny baby bump. Mazel!

Ryan Gosling goes back to his roots Before he was a Hollywood heartthrob, Ryan Gosling appeared on The Mickey Mouse Club alongside Britney, Justin and Christina. This early training definitely served him well for his newest flick La La Land where he sings and dances his way into Emma Stone’s heart…and maybe toward another Oscar nomination?