Are you that know-it-all who is always correcting your family and friends on celebrity facts, rumours and whereabouts? Think you're top drawer when it comes to pop idol trivia? Prove it by taking our ELLECanada.com celebrity quiz challenge. 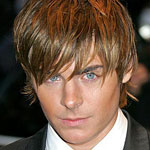 1. Which one of these is NOT a nickname for Zac Efron?
a) Zacquisha
b) Hollywood
c) Zefron
d) All of the above are nicknames for this Hollywood hottie

3. Zac’s favourite sports (that keep that killer bod in top form) are:
a) Golf
b) Skiing/Snowboarding
c) Rock Climbing
d) All of the above

4. Which one of these Zac Efron songs broke the record for the fastest climb of Billboard Hot 100 in history?
a) Breaking Free
b) Can’t Have You
c) Harder to Breathe
d) See You Again

6. Although, it has been recently rumoured that Zac’s girlfriend should be worried about which of these young Hollywood starlets?
a) Ashley Tisdale
b) Lindsay Lohan
c) Britney Spears
d) Hilary Duff

7. Zac’s girlfriend of the past two years was caught:
a) Drinking and driving
b) Having nude photos of herself
c) Doing cocaine
d) Undergoing a rhinoplasty

8. But, it’s also been splashed all over celeb blogs that Zac is in fact:
a) Gay
b) Bisexual
c) In an open relationship
d) None of the above

9. Enduring an extremely quick rise to fame, Zac finds the constant paparazzi to be:
a) Flattering
b) Hard to deal with
c) He hardly ever sees them
d) Fun

10. His boy-next-door look has made him a heart-throb for a lot of ladies. Zac’s good looks landed him as #1 on which of these lists?
a) Teen magazine’s 50 hottest guys in Hollywood
b) People magazine’s 100 most beautiful people
c) Perez Hilton’s NOT list
d) Empire Magazine’s 100 sexiest movie stars

11. Other than spending time with his girlfriend, and being hounded by the paparazzi, what does Zac do in his spare time?
a) Learning to play the violin
b) Fixing up old, classic cars
c) Learning to speak German
d) Gardening

12. Which of these projects led Zac on a path straight to super stardom?
a) High School Musical
b) Miracle Run
c) Cheaper by the Dozen
d) The Dukes of Hazzard

13. Which of these TV shows did Zac make a guest appearance on?
a) ER
b) Weeds
c) Smallville
d) Degrassi: The Next Generation

14. From whom did Zac turn a record deal down?
a) Simon Cowell
b) David Foster
c) Quincy Jones
d) Bad Boy Records

2. A Growing up in Arroyo Grande, California, Zac graduated from the Arroyo Grande High School. But, when he wasn’t attending school Zac’s mom was driving him back and forth to LA, a minimum of three days a week, for auditions.

3. Zac has an active lifestyle. He also recently added surfing, after spending days on the beach for his role in Summerland, to the long list of activities he enjoys.

4. A This song was a duet with his co-star from High School Musical, Vanessa Hudgens. The song made a record-breaking leap from #86 to #4 in one week.

5. A Vanessa and Zac met on the set of High School Musical in 2006. Vanessa says the secret to their successful relationship is, “If you really love someone you shouldn’t have to work at it.” It’s just as simple as that.

6. A It has been rumoured that Zac and his co-star, Ashley Tisdale, were promoting High School Musical 3 and got quite cozy while they were at it.

7. B Last year Zac’s girlfriend, Vanessa Hudgens, had nude photos of herself taken for Zac (a source tells the National Enquirer). But, as if we didn’t see this coming, they didn’t end up in Zac’s hot little hands, rather they were leaked to the media instead. Vanessa warns other teen girls about being intimate with their significant others, “You have to think it through, not just do something spur of the moment.” Sound advice.

8. A Many celeb bloggers have attempted to call Zac out for being gay. His comment is, “Honestly, if the worst they can say about me is that I’m gay, then I think I’ll be fine. I can handle it.”

9. B Zac is always in the eye of the press. He says that he works hard to ensure he doesn’t break down in front of the shutter bugs. He comments that, “These days everyone is just waiting for me to f**k up. I’m not going to give anyone the satisfaction of that.”

10. A A favourite of tweens and teens alike Zac was #1 on Teen magazine’s 50 Hottest Guys in Hollywood this past December. He beat out number two on the list, R&B star Chris Brown, as well as numbers 5, 6 and 7 The Jonas Brothers.

11. B Although I’m sure Zac’s spare time is limited, he is said to be fixing up two cars (a Delorean and a ’65 Mustang convertible) that were handed down to him from his grandfather. All together now…awwww.

12. A Being in High School Musical sky rocketed Zac’s career. With the popularity of the film he apparently had to change his phone number after getting several phone calls from fans.

14. A With such hits as Get’cha Head in the Game, and duets like Start of Something New and What I’ve Been Looking For, Simon Cowell couldn’t help but offer Zac a record deal. But, Zac declined saying, “Acting is my main priority.”

15. A The Efron’s have two Australian Shepherds, named Dreamer and Puppy, and a Siamese cat named Simon.

BONUS:
16. B Zac was rushed to Cedars-Sinai Medical Center for an emergency appendectomy on January 15th 2008. After having his appendix removed Zac recuperated quickly and is definitely doing fine now.

Mostly A’s: Celebrity trivia super-star, it’s scary how much you know about Zac Efron. I wouldn’t be surprised if you have a whole library of celebrity rags and teenie bopper mags. Keep up the good work.

Mostly B’s: You were a hit and miss on this one. You got a few right, but need to brush up on your knowledge of Zac Efron. I would suggest a strict daily regiment, including regular doses of ET and People.

Mostly C’s: Not a single one right. You know as much about Zac Efron as I know about changing a tire, not a clue. Study up and rent High School Musical this weekend. Go on, channel your inner teenybopper nerd.

Mostly D’s: Ding, ding, ding. You got one correct. Not awful, but not great. Be sure to head to ellecanada.com’s celebrity tab and read every single article. That should help in your pursuit to become pop-culture savvy.