Prince George's big day out at the airfield 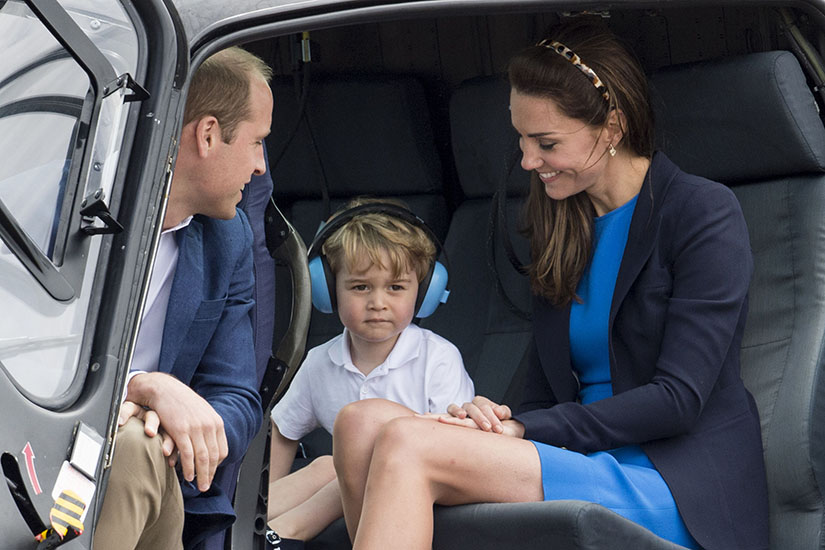 Today, a little boy named George went on a very exciting adventure! His mom and dad had summoned ALL of the planes in the land for him to look at.

George was feeling super fresh in t-strap plimsolls, and even though he complained about wearing those dumb head phone things (something something protect his hearing), he secretly knew that particular shade of blue really sets off his hair, and well, George is a little vain about hit golden locks.

But first, they made him shake hands with some guy. George hates this because he knows it will get back to the kids at nursery, and he still hasn’t lived down how he tried to shake all their hands on the first day.

But then it was on to the planes! First he saw a little black one.

And then a big white one.

But his favourite was the medium sized red one because he got to fly it. (That’ll show the kids at school.)

It was really fun, but then it got really loud. Super loud. George hates loud noises.

George also loves his mummy, even though she sometimes wears things like this head band that he just knows is going to be super divisive on the blogs.

Anyway! All better now. George says goodbye and thanks his subjects for a wonderful day out at the airfield.