Martha Hunt Is the New Face of Bulgari

The model talks jewellery, her workout routine and the product she's been using to treat recent breakouts. 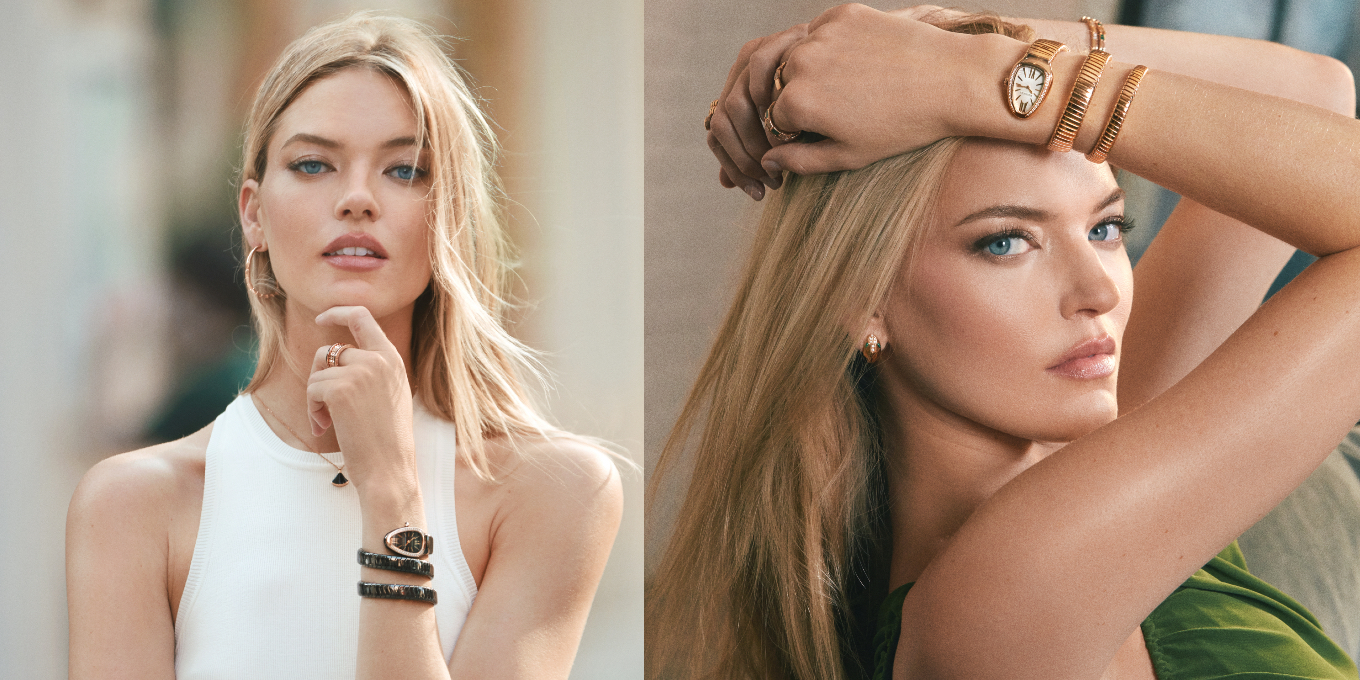 American model Martha Hunt has been keeping busy during quarantine. The 31-year-old started On The Hunt, an Instagram beauty series which has already gained a devoted following, shot campaigns from her home in New York City, got engaged to her longtime boyfriend and was just named the newest ambassador for luxury jewellery brand Bulgari. When the Italian house approached Hunt to join the brand, it was an automatic yes from the model. “I’ve only seen Bulgari women as really empowered and sensual,” she tells us. “It’s such an iconic image that I’ve always wanted to emulate, so I couldn’t have felt more honoured when they asked me to join.” We got on the phone with Hunt to chat about her new ambassadorship, her Instagram beauty series and where her passion for jewellery began.

Was jewellery a part of your life growing up? Were there any special pieces you recall?

There’s two things that immediately stick out. My dad traveled a lot to South America for work and he would come home and bring home different crystals. He had a box of crystals and I remember just staring at that box for so long. That’s when I first really started learning about different gemstones. I was always so mesmerized by them. My mom also had this opal ring that I used to obsess over. She actually gave it to me for my 16th birthday.

first day back to set was a memorable one ✨🙏

This Bulgari campaign was your first time back on a set since the start of quarantine. What was it like?

It was actually pretty emotional. It felt so great to even be able to walk to work, grab a coffee on the way and just have [some] sense of normalcy. To be shooting with Bulgari was just the cherry on top.  I also had my New York-based crew and we hadn’t been working before that shoot, but we just kind of caught that sense of community because we’d all been missing each other for so long. It felt like a family reunion, but shooting for Bulgari. It was incredible.

What was the motivation behind starting your beauty series On The Hunt?

I wanted to do something that I could do from home, and hopefully inspire other people to do something from home. I hadn’t been putting on makeup and I [used it as] an excuse for me to go back and revisit looks that I love, but also just kind of experiment with new things, like the Euphoria-inspired eye. I knew [the show] would help me connect with my audience because it’s a way for them to get to know me better. It’s nice to talk about things that I really love and you get to see my genuine reaction that things don’t always work out, like trying to put on a fake lash. That is a struggle for all of us.

Sharing my fav playful summer look! Sorry you have to look up my nose🤦‍♀️ Had fun editing this one so hope you enjoy it and lmk what you wanna see next❤️ ps. these are not sponsored products! #CoralLip #OntheHunt #beautyTutorial

Have you always been passionate about beauty?

I’ve always loved painting and drawing in general, and makeup is a way you can do that in your day-to-day life. It’s such a useful thing to be able to learn to do well on yourself. I love to have fun and get playful with beauty and skincare as well. With skincare, I’ve started to use more natural products because my skin actually has been freaking out during quarantine. I guess it’s stress. You would think it’d be the opposite because I’m travelling less, but I’ve been having way more breakouts than normal. Lately, I’ve been using a lot of raw manuka honey and you find that natural products can make a big difference.

How did you stay motivated during quarantine?

I figured out if I can fit in 30 minutes of a workout, then it will definitely boost my mood and I’ll rest better at night. At the beginning, I was overdoing it and then I wouldn’t be motivated to workout so I figured out a system. I try to not be too hard on myself if I don’t [stick to] it.

I’m so used to correcting my scoliosis for photos that I rarely look at pics where I can actually see it. I’m not ashamed – it’s helped “shape” me into who I am. 😊Tomorrow I’ll be speaking with @lovingthispaige about #scoliosis 12 pm EST. I have tremendous respect for Paige dancing as a professional ballerina while battling scoliosis. She is committed to working twice as hard every single day!! 💪 PS. More exciting #scoliosisawareness news coming soon! 💚🖤 #gotyourback

You also do a lot of work around scoliosis advocacy. What made you decide to use your platform for that purpose?

I have always felt a responsibility to talk about my scoliosis and my insecurities surrounding that. When I was younger, there just weren’t public figures speaking about it and the internet was different then so there wasn’t a lot of visibility around it. I had so many questions and I just couldn’t relate to anybody dealing with it. I felt a responsibility to use my platform because I knew that it would have mattered to my younger self had I been speaking about it, so there wasn’t another option. I just felt like this has to be said, I always want to be fully honest with my own challenges.

What’s On Our Pop Culture Radar This September

The Golden Girls Is Coming To Amazon Prime Video