Here’s what went down during this weekend’s TIFF parties

Sleep is for the weak. 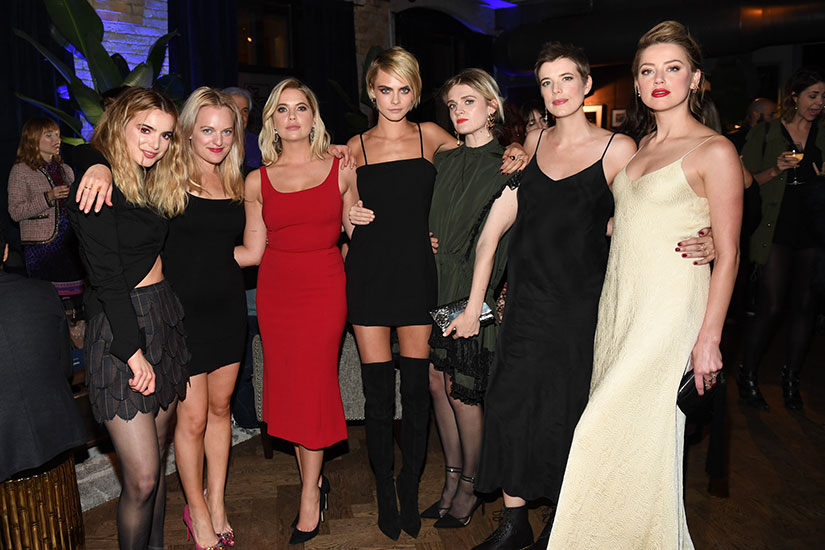 TIFF is as famous for its parties as it is for its premieres. Once the credits roll, celebs hit the town to celebrate. And we got to join them at hot spots around the city. Here’s what went down behind the scenes.

What: Homecoming Party at Kōst at the Bisha Hotel

This party for Julia Roberts’ new Amazon series took place on the rooftop of the Bisha Hotel and was so exclusive, that there was a VIP party inside the VIP party. Hanging with Julia inside VIP was her long-time makeup artist (and industry icon) Jillian Dempsey and hair legend Serge Normant; series director Sam Esmail (of Mr. Robot fame) and Julia’s incredible co-star from Toronto Stephan James. Also: Dermot Mulroney! Emmy Rossum! Sissy Spacek and more.

What: The afterparty for Beautiful Boy at Soho House

This party, sponsored by Hugo Boss, was so crazy busy it must have been at fire code regulation levels. We spotted A Million Little Pieces director Sam Taylor-Johnson and her hubs and A Million Little Pieces star Aaron-Taylor Johnson hanging out on the first floor. But the second floor was where the party was at. Among those in attendance: Armie Hammer, Steve Carrell, Amy Ryan, Timothée Chalamet (who was having the time of his life, laughing and soaking it all up) Chloë Grace Moretz in a killer jumpsuit; and Hari Nef. The food was divine–classic Soho House comfort food like pizzas and meatballs and truffle grilled cheese.

What: The Hummingbird Project Party at Cactus Club Cafe hosted by Audi and Ketel One Vodka

Who: Guests sipped prosecco and vodka cocktails while the film’s stars, Alexander Skarsgård, Jesse Eisenberg and Salma Hayek, chatted with friends and partygoers  at the edge of the room. Hayek looked stunning in a tiered red Alexander McQueen dress and at one point was spotted dancing with director Kim Nguyen’s baby daughter in her arms.

TIFF hot spot RBC House was host to the party for Farming, a film written and directed by Adewale Akinnuoye-Agbaje (and he also created the music!). Kate Beckinsale joined the party in a fitted black Georges Chakra dress before slipping out a back door. Akinnuoye-Agbaje and his band played an energetic set of songs from the movie, prompting Gugu Mbatha-Raw, who looked beautiful and elegant in a long one-shoulder striped dress, and co-star Damson Idris to hit the dance floor.

What: The 10th annual Artists for Peace and Justice Gala

The feel-good event of the festival raised an incredible $1.4 million in support of education in Haiti. On the star-studded guest list this year were APJ board co-chairs Ben Stiller and Susan Sarandon, along with Alan Cumming, Fefe Dobson, and George Stroumboulopoulos. The event kicked off with a live-art red carpet led by New York-based pop artist Peter Tunney. Later, the prestigious Peace and Justice Award (previous winners include Sean Penn and Helen Mirren) was presented this year to Drew and Jonathan Scott. “Ten years ago, this event was started to help raise money to build schools for kids in Haiti — here we are ten years later and we’ve raised over $30 million,” said Drew Scott.

What: The Vanity Fair party

What could be better then ending a jam-packed day at TIFF with cocktails at sunset on the rooftop of the Bisha Hotel? Having said cocktails with Patricia Clarkson and a million other celebs in the same room. A-list guests mingled with party-goers over cocktails and hor d’oeuvres while enjoying the spectacular view of downtown Toronto from the 44th floor. The event was held by Vanity Fair in collaboration with David Yurman to celebrate the world premiere of This Changes Everything, a film by Tom Donahue exploring sexism in Hollywood which include interviews Meryl Streep, Sandra Oh, Jessica Chastain and Geena Davis.

What: Her Smell premiere party at RBC House

Sunday night while you were packing your lunch, the cast of Her Smell, including Elisabeth Moss, Cara Delevingne and Amber Heard, hung out an exclusive cocktail party hosted by CÎROC and Tequila Don Julio at chic RBC house.

What: Everybody Knows premiere party at RBC House

The vibe at the Everybody Knows party was more than appropriate: you were immediately transported to the film’s Spanish setting as a live band played hits like “Despacito”—but with a flamenco flair. Javier Bardem and Penelope Cruz were in attendance, but in deep conversation at the corner of the room. You would easily have been able to walk past them if it wasn’t for the flurry of bodyguards and surrounding their table.