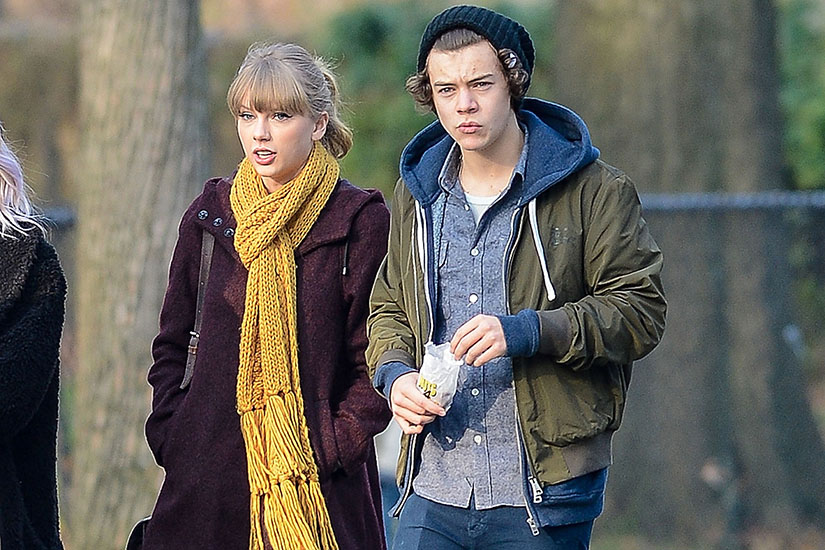 It was the celebrity romance of late 2012-early 2013, spawned at least two hit songs, and until now, Harry Styles has been mum on that relationship with Taylor Swift. And in breaking his silence, he’s revealed a rather appealing level of maturity about the whole thing.

In a Rolling Stone interview, pegged around the upcoming release of his solo album, Styles is asked about what he sees when he sees that picture of the pair taken in New York’s Central Park.

“When I see photos from that day, I think: Relationships are hard, at any age. And adding in that you don’t really understand exactly how it works when you’re 18, trying to navigate all that stuff didn’t make it easier…you’re a little bit awkward to begin with. You’re on a date with someone you really like…I just wanted it to be a normal date.”

Swift has famously (but never confirmed) turned the month-long love affair into material for at least two songs on her 1989 album. Styles, however, isn’t ready to claim ownership as their inspiration.

I write from my experiences; everyone does that. I’m lucky if everything [we went through together] helped create those songs. That’s what hits your heart. That’s the stuff that’s hardest to say, and it’s the stuff I talk least about. That’s the part that’s about the two people. I’m never going to tell anybody everything.”

But he will tell us that while the pair don’t appear in touch, he has nothing but love for T.Swift.

“Certain things don’t work out. There’s a lot of things that can be right, and it’s still wrong. In writing songs about stuff like that, I like tipping a hat to the time together. You’re celebrating the fact it was powerful and made you feel something, rather than ‘this didn’t work out, and that’s bad.’ And if you run into that person, maybe it’s awkward, maybe you have to get drunk…but you shared something. Meeting someone new, sharing those experiences, it’s the best shit ever. So thank you.”