EXCLUSIVE: Chris Pratt tells us about the last time he cried 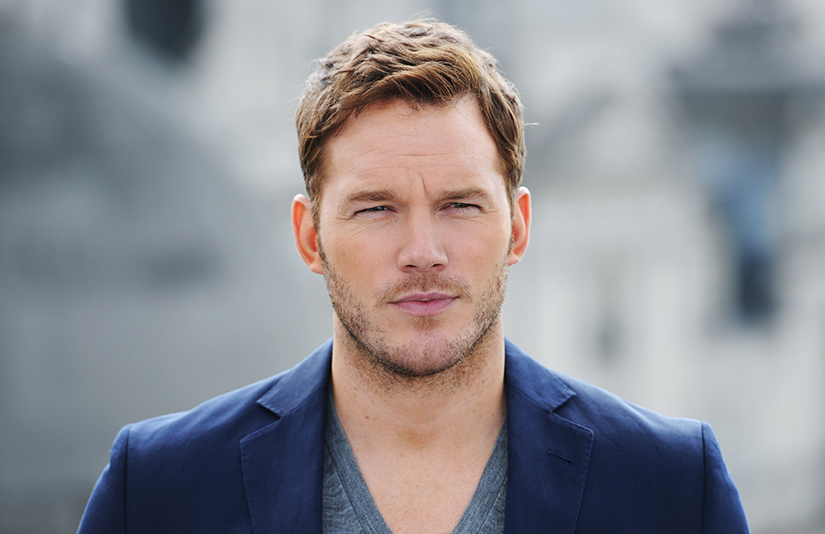 The last time Chris Pratt cried, it was over the tragic end of someone who doesn’t even exist.

“I’m reading the second book in Ken Follett’s Century trilogy, and I just got very emotional about a character that died,” confesses Pratt over the phone from Los Angeles. Other things that have recently moved the 37-year-old? The films Moonlight and Captain Fantastic.

Pratt has made his reputation as a nice guy (typical reaction to the name Chris Pratt: “Oh, I love him! He’s so cute”), so it’s no surprise that in conversation he is genial, although he’s a little less wisecracky than you’d expect from his goofy Instagram account or consistently hilarious late-night-show appearances. What is surprising is how squishy he is: sincere, sweet and just a little bit sentimental. I mean, practically the first words out of his mouth are about the emotional resonance of his new action-adventure film, Guardians of the Galaxy Vol. 2.

“This sequel is far deeper emotionally,” says Pratt, who returns as Peter Quill/Star-Lord—a.k.a. the role that transformed him, seemingly overnight, from dad-bod adorbs in Parks and Recreation to a six-pack-flashing action hottie. “There are some dramatic take-aways from this movie: the idea that the thing we’ve always wanted is right in front of us and how relationships can be valuable in spite of being complicated.”

His film roles aren’t the only thing Pratt has a simple love for. He has been a country-music fan since high school, and he doesn’t care if you judge him for it. “I gotta be me, you know?” laughs Pratt when ribbed for his down-home taste, which includes George Strait and Garth Brooks. “I’m not a connoisseur, but music has a profound impact on me. I’m a guy who, when I find an artist I like, listens to the same album on repeat for about a year. Right now, it’s everything by a band called NEEDTOBREATHE.”

Pratt, who’s married to actress Anna Faris, is working hard to pass along that love of twangin’ chords to his son. Too bad four-year-old Jack is having none of it. “It was a tradition for me to play country music for him, and he’d politely say ‘Yeah, Dad, let’s listen to some country music.’ But recently he said that he knew of a band that I didn’t. He said: ‘They’re called the Arctic Monkeys. It’s rock music, so you probably haven’t heard of them.’”

In response to his son’s assessment, Pratt says that he has worked hard to redeem his “electric guitar” music cred, playing the likes of Jimi Hendrix and Led Zeppelin in the car for Jack to headbang to. As for what his son might think of his dad’s own cool status? “He doesn’t really have another perspective, because this is the reality he knows,” says Pratt, his native Minnesota accent still pronounced after all these years in California. “It has always been the case that his mom and I work as actors. I’ve heard him say to other kids that his dad is Star-Lord, and I try to discourage that. But it’s really just Dad being Dad doing what Dad does. If anything, he’s a little annoyed that I have to hit the road so often for my job.”

Pratt describes his career as a “slow burn, a fairly incremental climb for 15 or 16 years that felt pretty glacial at times.” Over the past four or five years, however, he has had a stratospheric transition from being a well-liked TV funny guy to a legitimate box-office headliner. One of the biggest things Pratt has noticed, now that he’s a star, is how much nicer people are, and it’s something he doesn’t take for granted. “Once, I was talking to Jim Carrey and he said, ‘How fortunate are we that we’re always going to meet the best version of that person?’ And, you know, that’s true. People tend to be on their best behaviour when they meet a celebrity. We’re just people who have extra-ordinary jobs.”

There is a flip side to that, however, that makes the affable Pratt mad. “From time to time, I’ll catch someone acting like a real jerk with someone else but acting really nice with me. That always bothers me, when I get treated a certain way by someone and then one of those people will treat their waiter like an asshole.”

Feeling this sort of outrage on another’s behalf started young for Pratt, and, in a circular way, it has a lot to do with why he does the work that he does now. “When I was a kid, I bawled my eyes out watching the miniseries Roots and people getting beat up in the film Full Metal Jacket,” he says. “You learn empathy with movies like that. You see characters go through things and feel emotions. That’s a good thing.”

So go ahead: Shed a tear while watching Guardians of the Galaxy Vol. 2. It’s what Chris would do.