Everything that went down at the 2016 MTV VMAs

Missed last night's show? Here's what you need to know. 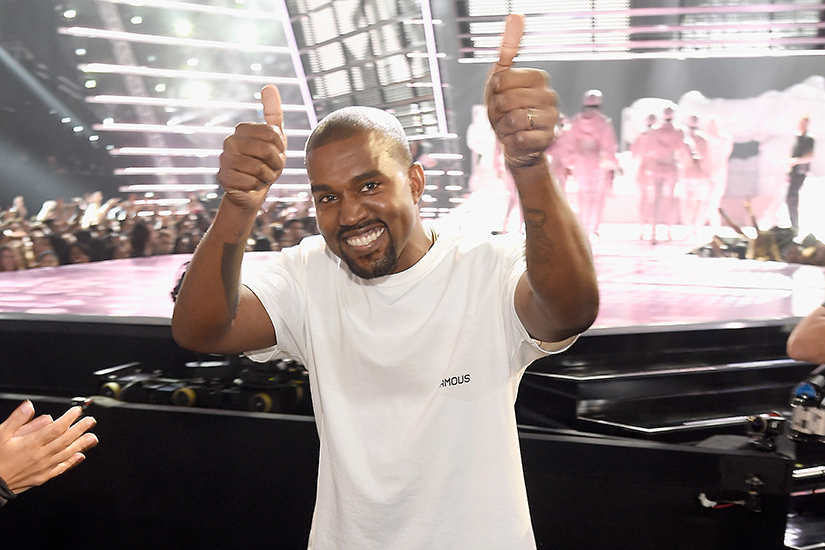 1. Beyoncé arrives on the red carpet with Blue Ivy, Winnie Harlow and other cast members from the Lemonade visual album, including the mothers of Trayvon Martin, Eric Garner, Michael Brown and Oscar Grant III, who had all lost their sons to gun violence in the United States.

2. Nicki Minaj and Meek Mill remind everyone that they are really, really cute together.

4. Rihanna does the first of four performances. It’s very pink.

5. Drake wins the award for best hip hop video for “Hotline Bling,” but is stuck in traffic so Diddy promises to take care of his moon man for him.

6. Ariana Grande and Nicki Minaj take the stage to perform “Side to Side”, prompting all of us all to schedule our spot for spinning class. (Their performance is also very pink.)

When you didn’t have time to get in your workout before the #VMAs ???? #ArianaGrande #SidetoSide #NickiMinaj #MTV (Photo: Getty)

7. In honour of the 53rd anniversary of Dr. Martin Luther King’s “I Had a Dream” speech, Alicia Keys shares a poem. “I still believe in that dream that one day our nation is gonna rise up and finally, finally be completely about the true meaning of this creed that all women and men are created equal,” she says.

9. Rihanna performs for a second time.

10. Kanye West takes the stage for his much-anticipated four minutes to do whatever Kanye West wants to do. He says he is there to introduce his new music video for “Fade” – “But first, I talk.” He throws out lines that are destined to caption everyones Instagram posts for the rest of the year, like, “I put Ray J in it bro” (referring to the music video for “Famous”), “I see you Amber” (followed up with: “My wife is a G”) and “I love all ya’ll, thats why I called her [Taylor Swift].” Read the entire text of his speech, here.

11. The music video for “Fade” is released, featuring an extremely fit singer Teyana Taylor doing a Flashdance-esque routine. (FYI, she just had a kid last year.) She turns into an animal at the end. Classic, Kanye.

12. Rihanna performs for a third time.

13. Nick Jonas performs his song “Bacon” in a diner, with a plate of bacon.

15. Beyoncé takes home the prize of the night – Video of the Year for “Formation” – and becomes the most awarded artist in MTV VMA history.

16. Britney Spears gets stuck with the unfortunate time slot after Bey. She performs “Make Me” with rapper G-Easy. It’s her first time on the VMA stage since 2007.

17. Rihanna performs for a fourth time.

18. Drake presents Rihanna with the Michael Jackson Video Vanguard Award, calling her “a living, breathing legend in our industry,” and reminds everyone that he really, really loves her (also that “Pon de Replay” was filmed in a restaurant called Avocado in Toronto).  See some of his speech below:

“The first time I met Robyn Fenty was 2005. She was shooting a music video at a restaurant called Avocado in Toronto called “Pon De Replay” and the director of the video was lil x. I was introduced to her as a kid who played background music at a restaurant as people ate pasta. It’s hard to believe that 11 years later, that all three of us would come together to create visuals for a song called “Work”. Today, the world knows Little X as Director X, they know me as Drake and not the kid singing while you order pasta. But 11 years later, they still all know Rihanna as the one and only Rihanna.”

19. Rihanna accepts the award, dodging Drake’s really awkward attempt to kiss her. “My success is not my own,” she says. “It’s my family’s, it’s my fans, it’s my country’s, it’s the Caribbean as a whole, it’s women, it’s black women.” Watch her complete speech below.