Every hot celebrity in Tinseltown has a new accessory -- a charity. Here's a look at our favourite celebrity do-gooders. 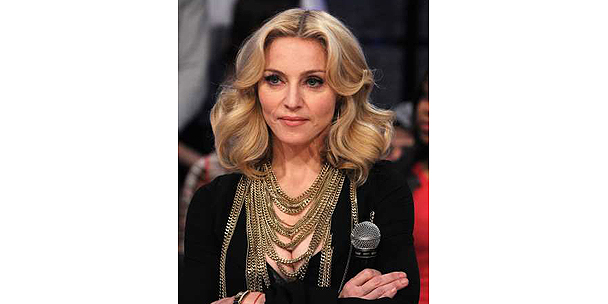 It’s the next big celebrity craze and it seems as though every star, from A-list to D, has one nowadays. It’s not a tiny dog, a baby bump or the new iPhone…it’s a cause. Angelina was the first to get in on global giving and since then countless others have jumped on the charity bandwagon. For some, supporting a cause may just be another form of exposure and probably involves little more than signing a check, lending a name or wearing a bracelet (once), but for others charitable giving is about generosity of funds, generosity of time and generosity of spirit. Here’s our list of top 10 celebrity do-gooders.

Madonna
Proving she’s not the “Material Girl” she once was, Madonna has been generously supporting many causes (most involving children) for several years. She is also a member of the advisory committee of Raising Malawi, a volunteer organization whose mission is to provide water, food, medical care and schooling for orphans in Malawi.

Leonardo DiCaprio
One of Hollywood’s most active philanthropists, Leo spends much of his time fostering awareness of environmental issues, working closely with organizations such as Natural Resources Defense Council, Global Green USA and Reef Check Foundation – all of which he is on the board of directors for. In 2007 he released The 11th Hour, an environmental documentary he produced, co-wrote and partly narrated.

Natalie Portman
Despite her age, Natalie has already become known for her charitable efforts, having traveled to Africa and South America as the first Ambassador of Hope for FINCA International, an organization that promotes micro-lending to support and empower women in poor countries. She is also co-chair of FINCA’s Village Banking Campaign alongside Queen Rania Al-Abdullah, Queen of Jordan.

George Clooney
George puts his irresistible smile to work for good as co-founder of Not On Our Watch, whose mission is to raise awareness and resources to end mass atrocities around the world. He is also a member of the board of trustees of United Way (and he actually shows up to the meetings) and a Messenger of Peace for the United Nations.

Scarlett Johansson
When she’s not steaming up the camera for blockbuster films like The Other Boleyn Girl, this sultry actress does her part to abolish poverty and injustice through her work as an ambassador for Oxfam. In 2007, she even skipped the Oscars to travel to Sri Lanka and India as part of her ambassadorship.

Salma Hayek
Salma has been raising awareness about violence against women for many years and founded the Salma Hayek Foundation to support organizations dedicated to providing aid for battered women. And since the birth of her daughter Valentina in 2007, her foundation has also become involved in supporting disadvantaged youth in Mexico.

David Beckham
In addition to his own charity, the Victoria and David Beckham Charitable Trust, which provides wheelchairs to children in need, soccer hunk Becks is also a UNICEF Ambassador, a spokesperson for Malaria No More, and a supporter of Help for Heroes, a charity supporting injured service personnel returning from Iraq and Afghanistan.

Ben Affleck
Along with his buddy Matt Damon, Ben continues to be active in bringing awareness to causes in Africa, including traveling to the Democratic Republic of Congo three times in the past year alone to highlight the plight of its people. He is also dedicated to encouraging people to vote.

Eva Longoria Parker
Inspired by her intellectually disabled sister, and proving she’s as beautiful on the inside as she is outside, Eva recently launched Eva’s Heroes, a nonprofit charity dedicated to helping developmentally disadvantaged children by providing special programs and interaction through her own Eva’s Heroes Enrichment Centers.

Brad Pitt
And how can we forget Brad, aka. Mr. Me Too. Not to diminish all the good he’s done. He not only established the Jolie-Pitt Foundation with Angelina to assist with humanitarian crises around the world but also reportedly donated, with Angelina (there’s that A-word again), more than $8 million to charity. No wonder Newsweek Magazine named him one of “15 People Who Make America Great” in 2006.