17 bad things that have already happened to Meredith Grey

In the words of DJ Khaled: another one?! 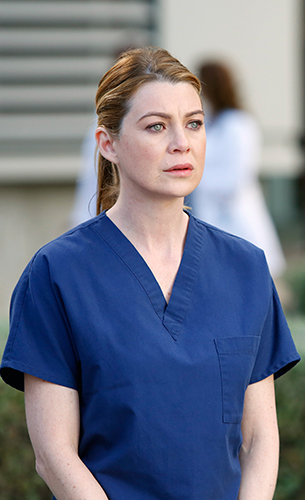 Tonight, Grey’s Anatomy returns from its mid-season break, and based on the trailer, things are not looking up for Dr. Meredith Grey. In the Denzel Washington-directed episode, she is brutally attacked by a patient. She then appears to be unconscious, while a group of deeply concerned doctors attend to her.

Now this is a TV show, and it’s understandable that bad things can happen to characters on TV. But a lot of really horrible, awful things have already happened to Dr. Grey over the years – like, a lot of things – and some fans are wondering how much more she (and they) can take. To review, here’s several of the bad situations Meredith has found herself in over the last 12 seasons (SPOILER WARNING, obviously):

1. The guy she loved turned out to married. (And he originally picks his wife over her.)
2. Her hand is the only thing preventing a live bomb (that is inside a body cavity) from exploding.
3. She gets pushed off a pier and nearly drowns.
4. Her mother dies after battling Alzheimer’s.
5. She’s in a plane crash.
6. Her stepmother dies.
7. Her half-sister dies.
8. Several of her close friends (RIP Mark Sloan, George O’Malley, etc.) die.
9. Her friend and colleague (Izzie Stevens) is diagnosed with cancer.
10. She struggles to conceive.
11. Her husband is shot (but lives.)
12. She miscarries because she watches her husband get shot.
13. Her adopted daughter gets taken away from her.
14. She gives birth while there’s a power outage and develops complications during delivery.
15. Her best friend leaves the country.
16. Her husband dies because of poorly-trained surgeons.
17. The surgeon who was partly responsible for her husband’s death begins dating one of her closest friends. The surgeon then transfers to the hospital where she works.

And the list goes on. What else are we missing?

READ MORE:
Hugh Jackman reminds us of the importance of wearing sunscreen
10 accessories to make your winter run SO much better
Ciara is now a blond, looks amazing