Author Sloane Crosley on why you should read her new book

"The Clasp" is one of fall's most anticipated releases, but allow Sloane to make her case anyway. 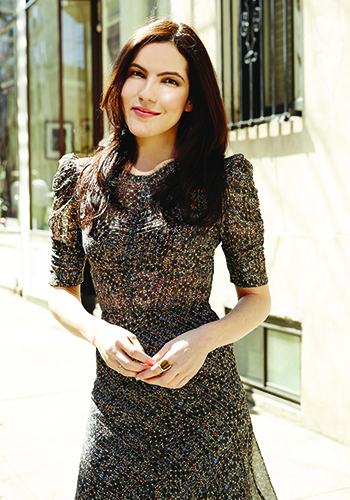 File this one under “romp with a brain.” The essayist behind the bestselling I Was Told There’d Be Cake brings her sharp eye and sharper wit to The Clasp, a funny, fun caper about three college friends—just-laid-off Victor, struggling-screenwriter Nathaniel and chained-to-her-crazy-boss Kezia—who go in search of the “real” piece of jewellery mentioned in the classic short story “The Necklace.”

What it’s about
“It’s a comedy of manners—a love triangle that morphs into an adventure story.”

What it’s not
“This isn’t about three writers sitting somewhere in Brooklyn talking about the inertia of their lives.”

What inspired it
“I had just quit my job to write a novel; I had all these notes, but I didn’t know where they were going to go. I was sitting in my apartment looking through anthologies, and I picked up one that had ‘The Necklace’ in it. I was surprised by how contemporary it felt and how I felt for these characters.”

What you’ll get out of it
“The book is, in a lot of ways, about wanting to have an obsession—a single object that you can really hang your entire emotional and intellectual hat on. It would be great to find that, but not everyone has one, and that’s what Victor’s struggle is in the book. He’s not intensely motivated by anything. Kezia, meanwhile, was motivated by something but gave it up when she decided she’d rather be a big fish in a little pond, and it turned out that that pond is a crazy pond. Nathaniel really loved literature, so he popped off to Hollywood to try to make something of himself, but he can’t get anywhere with what he loves because it’s all superficial. For all of them, their engines have dropped out. They all know that they should want something, but they don’t know what that is.”

12 books you need to read this fall