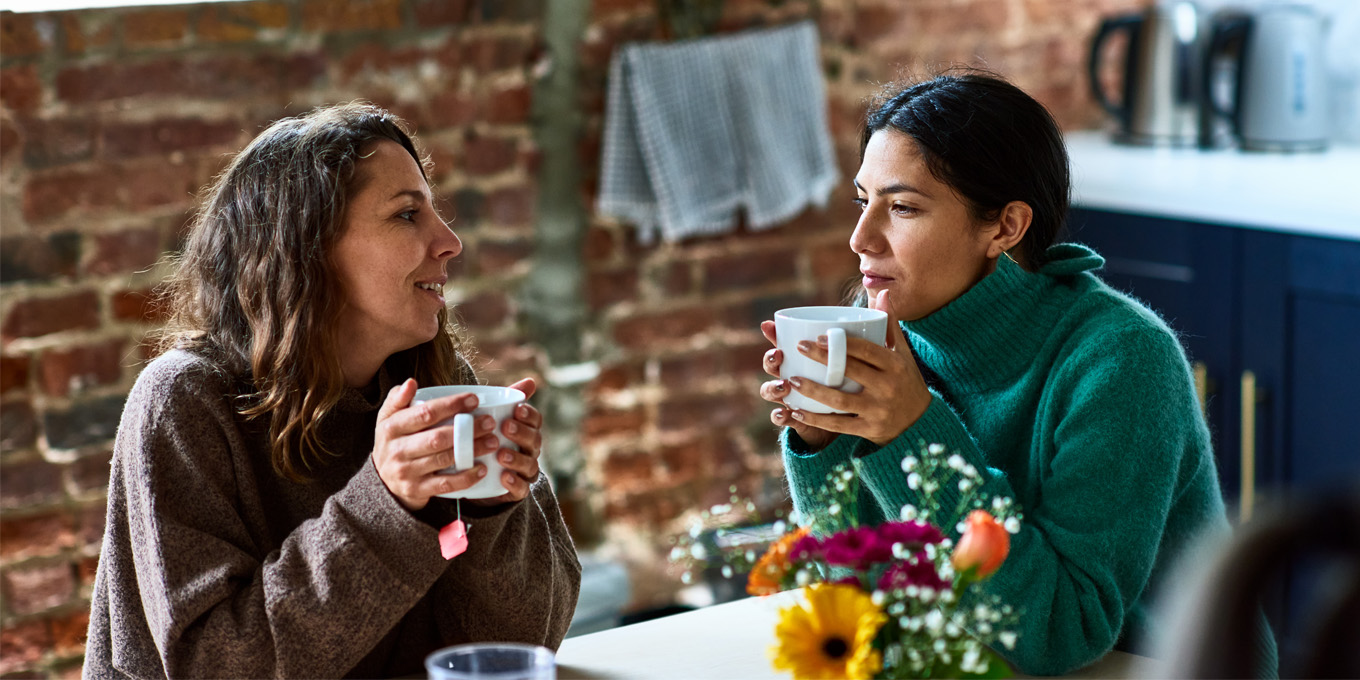 There’s a big difference between healthy and toxic positivity.

In Sophie Grégoire’s latest episode of It’s OK To Be Not OK, she interviews Canadian actress Maxim Roy on the true nature of toxic positivity and what it means to experience it firsthand. In the interview, both agreed that assumption isn’t the way to go. Especially if it’s based on someone’s external circumstance. Roy says, sometimes we have to allow others and ourselves to be sad. Grégoire adds that if we don’t, then the pressure of not being good enough becomes toxic.

Clara Hughes is a six-time Olympic medalist. She’s the only athlete who’s ever placed in both the summer and winter games and is known as Canada’s most decorated Olympian. Having suffered depression herself, she is presently the founding spokesperson of Bell Let’s Talk, she’s made it her mission to be one step closer to ending the stigma around mental illness. We chat with her to hear her perspective on toxic positivity. She weighs in on its meaning, her personal experiences with it, and how we can slowly make peace with our most uncomfortable emotions.

In your own words, how do you define toxic positivity?

I would say it would be an unrealistic view of being human expressed through only positive things. And I find, it isn’t even how you would express yourself only in the way of the happier side of the human condition, but also imposing it on others. For example, telling someone to get over it or instantly suggesting solutions before listening to what they have to say. If you saw someone struggling in front of you, and they shared their struggles, and then you negated that. That means you didn’t allow them to be seen or heard.

What do you think is the root of toxic positivity?

I think it’s our culture. It’s largely rooted in the ideology of what you have is what you are. What you own and what you show is the substance of your being. That’s your worth as a human being. We’ve been living with social media for a long time, and it has evidently changed the way we present ourselves. With these curated ways of showing ourselves how good, successful, and happy we are, we live in a society that praises all of that and does not embrace the struggle of how far we’ve come.  We’ve been conditioned to not accept the whole of ourselves. Which is a very dangerous and lonely place to be.

Why do you think most people are afraid to face how they really feel?

I think we’re afraid of rejection. We’re not comfortable being vulnerable. I look at so many young people I know who are dealing with serious and severe anxiety because they’re afraid of failing. They’re afraid of not being enough in everything that they do. I don’t care who you are, no matter how much you have. No matter if you have an abundance of everything, you are a human being. You are still going to want to express yourself and your struggles. If you don’t, it becomes buried inside. In ways, it becomes a form of trauma, and if you don’t acknowledge that, it can manifest in forms of psychological and physical illness.

You’ve dealt with depression yourself; how much do you think toxic positivity contributed to it?

Internally, I’d have that inner dialogue that would say that I was okay. That I just needed to train harder or win another race and I’d be fine. And by doing that, I did not allow myself to be helped or start earlier than I was finally able to acknowledge that I needed it. All in all, I would say it was that internal voice of toxic positivity which was just a response to not dealing with early childhood trauma. Which felt like a lifetime for me to unpack.

How would you define healthy positivity?

Why is it important for us to feel negative emotions rather than avoid them?

Because if you don’t allow these emotions to move through you without any acknowledgment, you don’t allow yourself to live them and be them. They’re not going anywhere until they’re acknowledged. In 2018, I went on a long-distance hike at the Continental Divide Trail for 137 days. It really taught me to just move through my emotions as they come. I came to be able to process the difficult emotions, experiences, and trauma that lived inside me. I didn’t have anything or anyone to distract myself with or blame, or to deflect everything onto. I was doing it the way I never thought possible, and it was really beautiful.

What are your tips when it comes to repairing our relationship with our most uncomfortable emotions?

I think I’d encourage people to find a place that is safe for them to find. The space they can be themselves and be curious about it. It can be through a form of movement or self-expression like creativity, writing, or drawing, or it can be in a group in a circle with support or it can be alone. I always encourage people to be curious about this and to read about it. Expose yourself to other people’s stories, so you can root into your own story and truth.