Can your muffin top kill you?

Plus the real reason you're jealous of your friends. 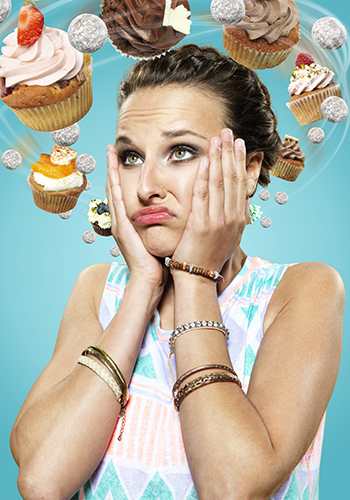 Another (better) reason to hate your muffin top
Turns out your spare tire could kill you. People who are of average weight but have higher hip-to-waist ratios have twice the risk of dying early than those with body mass index in the obesity range but whose weight is evenly distributed around their bod*. It’s thought fat around the abs is more active than other body fat, which means higher risks for heart conditions and the like. (Cue me hitting the abs class on the reg.) But should you be worried? The danger zone is a waist-to-hip ratio above 0.9 for men and 0.85 for women.
(*Based on data of 15,000 studied by the Mayo Clinic over 14 years.)

The age of envy
Under 30 and full of haterade? Now you can blame your jealousy of your bestie’s Louboutin collection to your age. Psychologists at the University of California found that the younger you are, the more likely you are to experience envy. We’re often jealous about people of the same sex who are close in age to us (duh!). Younger adults are most likely to be jealous about people’s looks, love lives and social lives. So basically everything.

“Crun” the world?
We love ourselves a fitness trend (hello and goodbye, Tai Bo) and anything from Australia always catches our attention – it is the home of Instafit guru Kayla Itsines, after all. But we’re not quite sure what to think of the new crunning trend. A combination of running and crawling invented by entrepreneur Shaun McMcarthy, this is supposed to be a full-body cardio workout. (Watch the video here.)  We’d like to believe it – we’re just not sure if anyone over the age of five can get behind hitting the streets in a full-on crouch. Would you?

Commuting may be good for your health
High-five fellow commuters! Turns out slogging to work on public transportation is better for you than driving or even biking. (I’m as surprised as you are because I always feel like my blood pressure skyrockets as soon as I step onto the TTC. Stop the manspreading, puhleaze.) Here’s the science: People who commuted on the bus or train for a study in Japan were observed to have a lower risk for diabetes, being overweight and high blood pressure. The conclusions are only preliminary, but it’s thought that all in, commuters walk farther than drivers, getting more exercise than even cyclists.

READ MORE:
How to work out like Kate Middleton
9 facts and fictions about cold and flu season you need to know now
12 immune-boosting superfoods you need to add to your diet this winter