Work it: Relationships at work

In case you haven't hooked up at the office like Pam and Jim ... 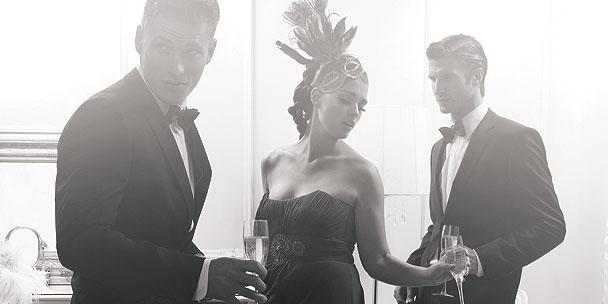 WORDPLAY
mess•ting verb To mess up your life via text messaging.

Origin Celebs like Tiger Woods and Mel Gibson, whose real-life text debacles were made public by women scorned, learned the hard way that “true love” may not endure, but text messages last forever.
Your line “Sexting is so five minutes ago!”
Try it… Or maybe don’t. – Alannah O’Neill

RISKY BUSINESS
In a survey by New York’s Center for Work-Life Policy:

CARRYING A TORCH?
Can’t decide between the latest iPhone and the new BlackBerry Torch? If you’re considering pros and cons that go beyond cool apps, OKCupid, an online dating company, found that female iPhone users are more likely to get lucky than their BlackBerry-toting gal pals. By the age of 30, female iPhone users have had an average of 12.3 sexual partners, while those with BlackBerrys have had 8.1. Dating a BlackBerry user? AshleyMadison.com, a dating site that helps people cheat, found that BlackBerry clients visit the site far more than iPhone users. Gift-giving just got a lot more complicated! – Ava Baccari

Enter to win the latest BlackBerry Torch and $600 worth of wireless service from Rogers in our Holiday Giveaway.

WORKIN’-GIRL WOES
While Destiny’s Child saluted “all the honeys who makin’ money,” a Cornell University study found that kept men are five times more likely to cheat on their sugar mamas than those who earn their own coin. But even if your fella is the breadwinner, he’ll still cheat because…he can. “These men may be in jobs that offer more opportunities for cheating, like travel and long work hours, which make cheating easier to conceal,” says sociologist Christin L. Munsch. The best equation for love? When a woman makes 75 percent of what her man earns. – Ava Baccari

HERE’S MY CARD
The man of your dreams appears across the room. Instead of pining shyly from the sidelines, march on over and hand him your card—not your business card, mind you, but a new personal calling card with a flirty catchprase like “Please don’t wait 3 days.” or “Tag. You’re it.” Cheek’d and FlipMe! sell decks of dating cards with a personalized code that leads the recipient to your private profile online. How’s that for making a great first—and perhaps second—impression? (A deck of 50 Cheek’d cards is $25 at cheekd.com; a 30-pack of FlipMe! cards is $24.99 and includes a three-month membership to flipmedating.com.) – Phoenix Tarampi