Are some men hardwired to be adulterers or is it brazen opportunism? Peadar de Burca spoke to 250 unfaithful men to discover the answer. 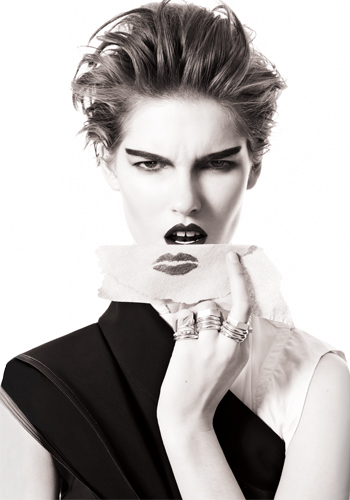 There is nothing as attractive as confidence. The very last person I interviewed about infidelity was called Richard. He was very confident.

A 45-year-old American of wealth and taste, Richard juggled 10 women at a time and had a 1990s-era Clintonesque charisma. On the surface, he was every inch what you’d expect a practiced cheat to be: vital, charming.

Before Richard, I had interviewed 249 men who cheated on their partners. They wore me out, but I learned a lot: Give me 10 minutes with any man, young or old, and I’ll tell you if he’s a cheat or not. In five years of interviews, I would always ask what the “other woman” was like: appearance, personality, profession. There was one constant. Longer hair. (Now you know why women compliment other women after a haircut: another rival out of the equation.)

Why did I interview these men? I wanted to find out why men cheat so that I wouldn’t make any mistakes when I met the woman I loved.

The media glorifies seemingly potent, powerful Clinton-like men no matter how they misbehave. But let me show you what real cheats are like. They’re not vital or confident, not deep down. They are the most miserable men on earth.

A man who cheats is not a man who is secured by the ballast of maturity and empathy. Many women don’t spot these defects. And many women are surprised to know that cheating has little to do with sex. The men I talked to spoke more of “new experiences.” Let me explain: We live in a time when everything is quantified. Women are forced to focus on size and weight. Confidence can’t be measured, so they measure calories instead. Similarly, with unhappy men, sex is a barometer of success. It defines vitality. But when my interviewees recollected their affairs, talk of sex was absent. The memory of great sex will fade as quickly as the memory of a great meal. What animated their stories was being born again in another’s eyes. A new woman meant a new them; briefly they could stop being their old hated self.

What doesn’t fade is the thrill of having a secret life, a parallel universe where they are the stars in a movie that is dramatic, full of hidden moments and original scents. The life domestic becomes the life mundane. Most cheats are escaping the mundane. But the worst ones need to escape themselves.

The persistent cheats want to flee themselves because they hate themselves. They aren’t happy. One word to describe a cheat? Insecure. Regardless of looks or income, these men are lacking. Richard wasn’t the first to get angry with me when I pushed him to face himself.

I interviewed a 34-year-old retired London soccer player who never made the big time. He carried around that perceived failure like a weight. This man’s lack of success was everyone else’s fault: his manager’s, his agent’s, his wife’s. Unlike his career, his cheating never waned, reaching an apotheosis where he would take any woman he could back to his house, while his family lay in their beds. His life had been held together with tinsel, spit and glue, and now that he was retired, he didn’t even have the tinsel. His wife had kicked him out before I met him, and he was living in a studio apartment. I wanted to know why he put cheating ahead of his family. “I’ve had too many lows in my life,” he said. “Women are the best high I’ve ever had and no one is going to make me regret a thing.” I glanced at his badly eaten fingernails and oversized cheap jewellery and thought to myself that he looked like a ruined man.

Cheats initially project the very image of heartiness: an easy smile, a laugh, a little bit of what you fancy. Spend enough time with them, ask the right questions, and the facade starts to crumble. Social status is no insulation: The profession that popped up the most from my 250 interviews? Doctors.

A gastroenterologist I talked to wasn’t happy with himself and he wasn’t happy with his wife. I knew Phillip before I interviewed him. His late-30s face had a roguish slant to it that marked him as a man’s man. Phillip didn’t see the point of himself unless he was achieving more. And, at the same time, he wondered why his wife wasn’t achieving more. I knew his wife to be intelligent, beautiful and loving, but that didn’t stop Phillip from having an affair with a Scandinavian doctor.

Again, sex wasn’t an issue for Phillip. His wife had, he said, a healthy sexual appetite, and during her pregnancy this only increased. His wife’s
curvy shape did matter to him. Generally, cheats don’t want skinny women. All they want is the shape that is the opposite of their wives’. Their insecurity constantly nags at them about what they don’t have. Phillip, like so many men, indulged in comparing— his wife was nothing like this other woman, who was athletic, immaculate and, like himself, an achiever.

To outsiders, Phillip was an ambitious, driven man with all the trappings of success. The new woman reflected a new him—a rebooted Phillip 2.0—but the neurotic virus of uncertainty was always lurking. I had never known Phillip to enjoy what he had. The cheating didn’t fulfill him either: The affair ended when he grew tired of her obsession with maintaining her athletic figure and her constant need to achieve. She was, he admitted, a little too much like himself. While being interviewed, he expressed his love for his wife, but it was perfunctory and followed by a chilling lack of compassion. “I love her, but she let me down so I’ve never felt guilty. She stopped being the woman I married seven years ago. I don’t think she would have even noticed my affair if I hadn’t been so bloody blatant.”

To date, I’ve spoken to almost 100 women who have been cheated on. Their stories are passionate and honest. Some women were inspiring: They moved on from the cheats and blossomed. But many didn’t value themselves enough to do anything but put up with it.

Phillip’s wife was embarking on her career when she married him. She didn’t feel attractive enough to demand that he pay more attention to her. (She is very attractive, though: Botticelli’s Venus come to life.) She still blames herself. The learned doctor told her that it was her fault. She believed him when he said that she had driven him into the arms of another.

Sitting across from this 33-year-old woman, I was looking at an intelligent, sexy person who was trying to pull her morale from the gutter, where Phillip had casually tossed it. But she hadn’t the strength to kick him out and chose to forgive. While I appreciate the reasons women give for giving a second chance, I’m not buying them. Money, children, the length of time spent with their husbands—these have all been mentioned, but what it really comes down to is belief: Many women find it impossible to believe that they can go it alone. Here’s the news from the front line: Most forgiven cheats don’t stop. I only met one who did and that was because he became too ill to philander. Cheats are cowards and they exploit weakness. But they fear strength.

By the time I came to the end of my male interviews, I was exhausted from spending time with a legion of fools. Men? The stubble on their crooked faces gave them that appearance, but their actions marked them as frightened little boys.

I talked to all nationalities. One was a 28-year-old Frenchman named Guy. Not a witty, urbane charmer but an uncouth lump whose face reminded me of a sofa that one too many people have sat on. He had one useful characteristic: self-awareness. “A man like me—a man who cheats—is a man who tells women everything they want to hear but gives them nothing,” he said. A man’s actions, not his words, define him. It’s not what he says to you; it’s what he does for you. “But many women like the man who is selfish; they like the man who has problems,” said Guy, who looked like he had many.

Some marriages thrive and some don’t. I was once interviewed by a well-known broadcaster. A confident yet humble man, he didn’t resort to cheating when his marriage stopped working. We agreed that not everyone can be a member of the happily married club and we talked of the amount of faithful men out there. They are men in the truest sense of the word, with a moral code and strength of character. “Cheating is cowardly; it’s weak,” he said. “I’m no hero, but why act like a coward? Why be weak?”

You want to know how a man will behave in a relationship? Don’t just listen to what he says; watch how he behaves around the people who raised him. How does he interact with his sisters, his mother? How does he value them? The men I talked with showed a startling lack of respect when reflecting on their families.

Don’t focus on his job or income; focus on his energy. Does he make time for those close to him? Watch. Maybe you’ll find that you do indeed have someone who is interested in being the sort of man who thinks of others rather than his own selfish pleasure. Am I that man? I really hope so. Not just for my new wife’s sake (I found The One) but for mine as well. Nowadays, we have very little to believe in, but I believe in my family; I believe in love.

My research has been turned into a play and soon a book. I hope both will help women believe that they can demand a certain standard and behaviour from their men. Let him know that you add substantially to his life and if he wants “new experiences,” he can find them with you. Men respond to sureness. Try it out. Because there is nothing as attractive as confidence.