Why It's (Sometimes) Okay To Quit If Something Isn't Working

Call it the art of the detour. 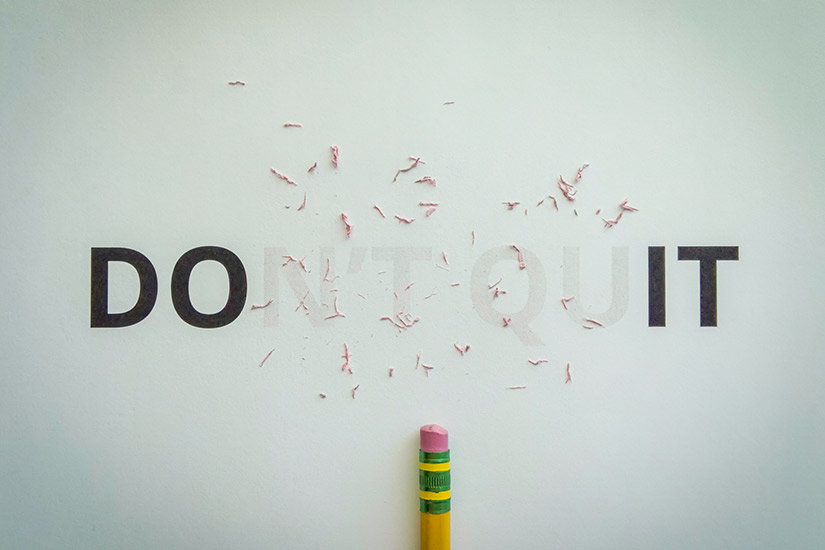 Whether it’s dropping a bad boyfriend/girlfriend, a toxic friendship or an all-wrong job, you need to edit your life to get closer to what you want, says Avery Francis, head of talent strategy at Bright + Early, an HR consultancy firm in Toronto. Staying in a role you outgrew two years ago out of loyalty to your firm? So bored at work you spend most of your day online shopping? “You’re failing in another way—failing to put yourself, your dreams and your happiness first,” adds Francis.

That’s not to say you should storm into your boss’ office tomorrow and quit. Think “clarity first, strategy second,” says career coach Sarah Vermunt. That means once you decide that you want a new job, instead of applying randomly to postings out of desperation (you risk rebounding into the wrong role—again), pause to figure out what you really want.

It’s not easy: Almost all of Vermunt’s clients hate their jobs but have no idea what they’d rather do. As an exercise, she has them separate their “career ingredients” into a love list and a hate list so they can determine which aspects of their nine-to-five they want to keep or ditch.

Getting clarity will also help you avoid being pushed into a role you never asked for. “Unfortunately, many organizations promote high-performing employees into management even when they have no desire to manage people,” says Vermunt. If climbing the ladder isn’t right for you, or maybe you do want to move up but into another position, you can turn it down gracefully, she adds. Express gratitude for being offered a promotion, and then take the opportunity to articulate what kind of dream job you’d be super-stoked to do instead.

If that dream job doesn’t live up to your expectations, that’s okay too. “People change. You’ll change. If a job is no longer for you, quitting is okay,” says Francis. When it’s time to move on, leverage those around you who believe in you: Write down what you’re looking for, and think about who in your network can help you get there. “Embrace the change. Lean right into it as far as you can.”

This article originally appeared in the October issue of ELLE Canada.