Why being "just friends" is a man's worst nightmare

Can men and women really be friends? Our writer's surprising verdict based on past, painful experience. 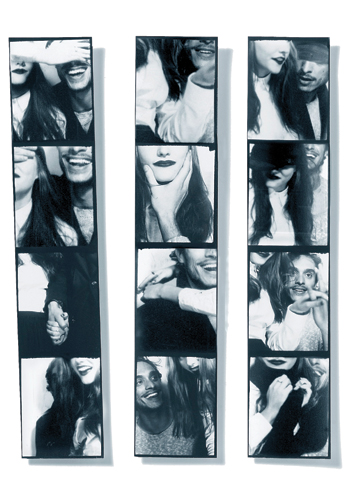 I was writhing in the gravel next to my friend’s house. It was nearly midnight, just minutes until my 16th birthday. My heart felt like it was riddled with holes; my eyes were filled with tears. I spent those last few minutes before my birthday throwing drunk punches and curse words into the air. My friends rushed out to check on me. Word had spread rather quickly around the house party that I’d been shot down by a girl named Nikki. I almost wished I’d been shot down by a gun.

READ IT: Alexa Chung on how she got over a broken heart

Nikki was one of my best friends; actually, I fell for her in the first grade when she got so nervous during the Christmas choir recital that she fainted. Her jittery swoon became a yearly occurrence. When Nikki took her second annual spill, I remember telling my teacher, Ms. Davis, “I want to be her Prince Charming and catch her as she falls.”

Nearly 10 years later, my feelings came to a head—and, subsequently, an end—on the fateful evening I was “Friend Zoned.” The Friend Zone, for those who haven’t learned first-hand, is like a platonic Bermuda Triangle created when one friend lusts for romance while the other doesn’t. I know I’m not alone out here. The F Word, which premiered at the Toronto International Film Festival, mined the topic as Daniel Radcliffe fell for Zoe Kazan’s quirky character—even though she lived with her accomplished boyfriend.

RELATIONSHIPS: More on the danger of being ‘just friends’

Less recently, a slew of flicks such as Just Friends, Friends With Kids and even the laughable MTV series Friendzone asked the question “What happens when men and women are friends?” before rapidly answering “They always fall for each other before the credits roll—or they never talk again.” But the Friend Zone may actually be a classically male dilemma. A recent study by the University of Wisconsin-Eau Claire found that men were more often attracted to their female friends—and thought the feelings were reciprocated. It was the opposite for women, who believed the lack of affection was mutual. (I do have a handful of female friends, so I decided to check in with them. “No, Bobby, I wouldn’t sleep with you,” my buddy Tara confirmed on Facebook.)

Do men or women benefit more from the Friend Zone? Click through to the next page to find out…

Cynthia Loyst, relationship expert and co-host of CTV’s The Social, also sees the Friend Zone as largely a dude problem. “Although both men and women can find themselves in the Friend Zone, men are definitely more frequent visitors,” she says. “Women generally have more of a capacity to separate sex and intimacy [from friendship].”

Likewise, Dr. Jeremy Nicholson, who writes under the title the Attraction Doctor, found that women are more open to male/female camaraderie because they’re the ones profiting from it. “Women are often ignorant of guys’ feelings while benefiting from their attention,” he says. “This is because they can be just friends with guys and enjoy most of the ‘boyfriend’ behaviours from them anyway.”

RELATIONSHIPS: How to (really) get over a broken heart

I doubt that these women are truly reaping any benefits, though. At 16, I was immature and inconsiderate. Not once did I consider how Nikki felt. Here is the problem with the Friend Zone: Either you’re left internalizing your feelings and harbouring resentment toward her and whomever she dates or you step up and spill the truth, likely ruining your friendship. Either situation sucks. But, stripped down, both are selfish concerns that involve putting your friend’s feelings second to your own.

That night in the driveway, my embarrassment overshadowed my empathy for Nikki. So, to seek closure, and to better understand the Friend Zone from her perspective, I recently contacted her and asked her out for coffee—platonically, of course.

“I was speechless when you told me how you felt,” she started. “How was I going to tell you—one of my best friends—that I didn’t feel the same way?” I didn’t respond and took a fake sip of my coffee. “You definitely weren’t the only one to leave the party with a broken heart that night,” she continued. “I burst into tears the second I got home.” Her blue eyes started welling up. “I was beyond confused. I went from feeling so bad for hurting you to guilty for not feeling the same and then angry at you for putting me in that situation.”

Does Bobby stay in Nikki’s Friend Zone? Find out on the next page…

We sat in silence after that—her staring at me and me staring into the cup of coffee I hadn’t touched. I had knots upon knots in my stomach. I felt worse than the night she rejected me. Worst of all, I still liked her. “Listen, I’m glad you told me the truth rather than keeping it secret and having to hear me talk about my boyfriends all the time,” she explained. Then she leaned in and said the last thing a guy ever wants to hear: “Even though things have changed, Bobby, I still think the world of you.”

I should have respected her for telling the truth when we were kids. After all, I was the one who’d been lying. I’d been pretending to be her friend when, really, all I ever wanted was to be her boyfriend.

MUST-READ: What men love most about women

That’s when it occurred to me: The Friend Zone has nothing to do with true, heartfelt friendship. It is something men like me have invented to cushion the blow of reality. I used the Friend Zone to blame Nikki for not wanting me instead of shouldering the responsibility myself. “I think some people use it as an excuse to avoid looking at why they were turned down,” says Loyst. “So if this is the umpteenth time you’ve been ‘Friend Zoned,’ maybe it’s time to take an honest look at yourself. Maybe it’s time to start tackling that ‘problem’ you’ve been trying to ignore. Remember: ‘You’re too nice; let’s just be friends’ is often code for ‘I don’t ever want to see you naked.’”

SEX AND RELATIONSHIPS: Learning how to dirty talk

I was a completely non-sexual entity to Nikki, much like the lukewarm coffee that now sat between us, because I’d been pretending to be her buddy instead of stepping up and telling her how I felt when I experienced the first pangs of love. “My advice?” asks Loyst. “If you have a serious crush on a friend, tell him or her how you feel and see how things unfold. If you can’t do that for whatever reason, you’d be wise to distance yourself from the friendship for some time so you can open yourself up to other romantic possibilities.”

So, can men and women ever be friends? Sure—if you’re truly close, if you confide in each other, see each other regularly and would take a bullet for him or her (not Cupid’s arrow). But not if there’s an attraction, because that’s not friendship—that’s just playing pretend.

Read more:
Men and relationships: Risking social rejection for love
Relationships: How men and women think of love
The five biggest relationship issues—and how to deal with them
How to live happily ever after