Why Bailing on Plans Isn't (Always) a Bad Thing

Why has it become so easy for our generation to make plans...and then scrap them? We’re in the golden age of bailing but it may not be a bad thing. 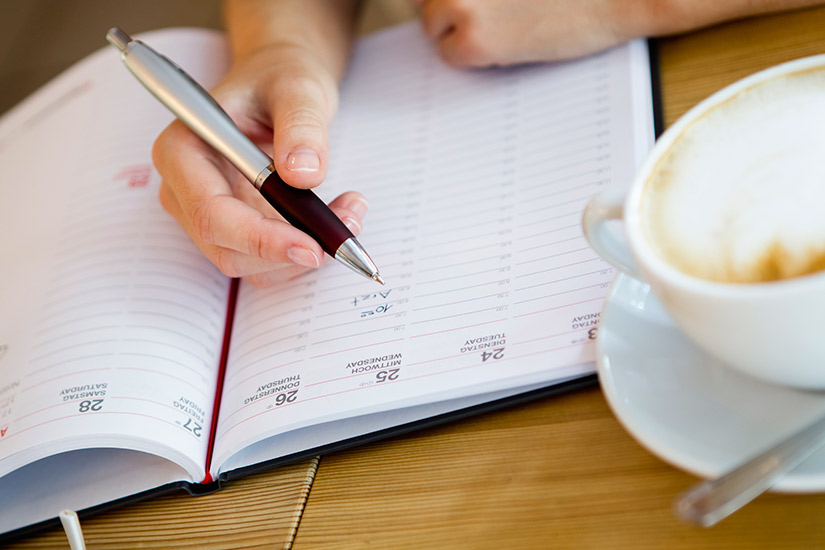 It was a normal afternoon in June that suddenly cracked open to reveal one of the most magical gifts. An invitation to a distant cousin’s wedding had been sent to my mum, and the date arrived like a clump of wet tissue landing on the floor. It wasn’t just that I hadn’t seen the invitation or written down the day—it was that I really didn’t want to go. I didn’t want to eat the canapés, I didn’t want to stand in heels, I didn’t want to consider the dress, yawn discreetly into my hand. And it wasn’t personal, Esther, if you’re reading this. It was impersonal—it was universal. It was a feeling that I and you and every other person who wakes up at six in the morning Monday to Friday and has quite a lot of Netflix to catch up on has most weekends: a yearning to bail.

So it was June, and my mum, being an angel, phoned up the cousin’s dad. Of course I wasn’t going to call— are you nuts? It was her fault, she told him. She hadn’t passed on the invitation and so was very sorry to call so late—the day before—but Eva wouldn’t be able to make it to the wedding. There was a pause—quite a long pause, as she tells it, a pause that crawled down the line and sat sweatily beside her with a look of disgusted fury. They’d already organized the catering, he said. Would… would he like us to reimburse them? offered my mum. She called me as soon as she hung up. When she told me that they had agreed on a cheque for $50 “for the vegetarian option,” I had to sit down for a minute. Fifty dollars—so simple. Putting a price on flakiness could be the answer to all our problems. I had purchased the right to forfeit my guilt. I allowed myself a moment of quiet glee, imagining an extra option that should be attached to every RSVP aside from “yes” and “no”: “With the best will in the world, here’s $50.”

Thanks to technology that allows for a fluid flexibility when it comes to arrangements, the modern culture of busyness and an increasing ambiguity with regard to our friendships (especially those born online), bailing on plans has come to define our generation. “No, Thursday’s out,” a man says into his phone, flicking through his diary in the famous cartoon from The New Yorker. “How about never—is never good for you?” Though Bob Mankoff drew the cartoon back in 1993, today it pops up regularly on Instagram, still an illustration for our time. “Now the phrase is firmly entrenched in the culture,” says Mankoff, “so much so that it can be referred to as if it were an anonymous aphorism.” For most of us, the bailing process starts with good intentions. We genuinely want to meet up with the friend with whom it has been too long; we mean it when we say yes. And it feels good to say yes! That familiar elation, a plan in place. But then, inevitably, “something” happens.

Yes, something happens, whether it’s the realization that, as a people pleaser, you have accepted a thousand invitations and must take to WhatsApp to quickly cull the birthday drinks and the horror movie or, in these zero-hour times when it’s difficult to plan your next period let alone know where you’ll be in a month, work arrives—a deadline, a job—and it takes priority. Or, as the day approaches and a cloud of social anxiety settles, you find yourself lying awake at night planning exit routes. Make small talk in a noisy room? You’d rather lie. Then there’s the last taboo: laziness. Sure, you could have a shower, do your hair, spend two hours catching up on the current state of your ex-colleague’s kitchen and wake up with a hangover the size of Italy. Alternatively, you could…not?

Stylist Gemma Rose Breger and beauty journalist Sam Silver of fashion and beauty blog This Is Mothership posted an image on Instagram that read “Are we still on for dinner tonight?” then “Do you mind if instead we cancel and reschedule several times until we lose touch completely?” They say, “We overpromise constantly with wild abandon and extreme enthusiasm, usually the day before our mass exhaustion settles in, but when it comes to seeing the plan through, one out of three times we find some kind of excuse to bail.” And when we’re bailed on? There’s a moment of fury, but relief soon follows. These are the stages of bailing, they say. “Initially, it’s a tiny flicker—you try to push the idea away, blow it out. But the flame keeps getting bigger. You come up with various excuses and then wait to see if you get bailed on first by throwing out an ‘Are we still on?’ kind of message. Finally, that flicker becomes an all-consuming fire; it’s burning, and you have to put it out and just do it.” Inevitably, the close friends, the ones we love the most, feel the full brunt of our flakiness because we know they will understand, so we end up spending an inordinate amount of time with the friends we’re slightly terrified of. Breger’s and Silver’s parents wistfully tell them of a time when you would make a plan to call someone and then walk to the phone booth, knowing your friend would be waiting by their phone. “You made a plan, you’d go and you’d be on time.” But now technology has killed the promise.

Flakiness has become unavoidable, filling our text messages and the column inches of our papers. In a letter to New York Magazine’s agony aunt, Heather Havrilesky, a woman describes herself as “an introvert who has deceived the world by pretending to be an extrovert, which means I have a lot of friends and yet I am exhausted at the prospect of maintaining so many relationships at once.” Her dream, she says, “is to live in a little cabin somewhere, focus on my work and never get another text that says ‘Drinks soon?’” Havrilesky empathizes: “Making plans these days sometimes feels like a tedious part-time job you never wanted.” Poking deeper, she adds: “I think you’re looking for a way to live a more genuine, authentic life. In order to do that, you need to learn how to say no without immediately apologizing for yourself.” There is a way, she suggests, to maintain relationships without guilt and also without rushing off to dinners every night, but it involves learning how to tell people what you need. “Today, many people complain about feeling like they’re on a treadmill, like they have to be, to do, everything,” says Dr. Abigael San, a psychologist based in London, England. “Inevitably, that means demand won’t meet supply.” This then leads to the piles of cancelled arrangements littering inboxes everywhere.

“Digital contact has become the norm,” adds San, “so real life provokes anxiety” (“real life” being sitting with somebody and discussing actual emotions). “The instinct is to remove the cause. And there’s negative reinforcement: Cancelling brings a sense of relief.” But it also brings the risk of alienating friends. There is, however, a way to bail well. We need to be honest about why we’re flaking. “Frankness feels worse but has a better impact in the long term because there’s no room for the other person to fill in the gaps,” says San. The thought of this makes me shiver slightly. “Esther, I’m sorry, but I don’t want to come on Saturday because I need at least two hours for a conversation with my boyfriend about the future.” “Priya, can we Snapchat instead of going to the pub? You get maudlin after two drinks, and I’m already feeling sad.” Perhaps, San offers, the rise of flaking is a positive thing. While previously we would have dragged ourselves to appointments we were dreading, today we are able to speak up. Which means cancelling. “Is this a sign that we are finding our voices?” she asks. Or, she continues, is it a sign that we’re standing up for what we really need—whether that is time alone or an early night? “Is this a sign that people are validating their own rights?”

Could this be the hidden truth of our golden age of bailing? A perfect storm of technology and anxious timelessness has led to this moment, when we have the facilities to cancel arrangements that will not enrich us or make us happy. If we are honest about what we want and when we want it, nobody gets hurt. In fact, that honesty allows a depth of candour that we are unlikely to offer up in a crowded bar or at a white-tablecloth wedding. Could it be? Could flakiness be the thing that saves us?