When you're too far away to say goodbye 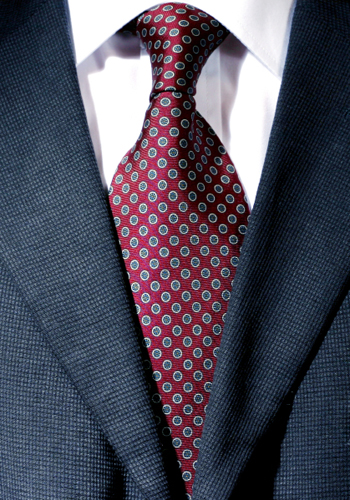 I had just passed through security when the text came in.

I was on my way to Toronto, a week of meetings and official functions and a long-awaited visit with my girlfriend mere hours away. But the text from Cori, my ex-wife, brought me to a shuddering stop in the middle of the Victoria airport: The family was gathering. It wouldn’t be long now.

More on FATHER’S DAY: A FATHER’S first steps with his DAUGHTER

I shouldn’t have been surprised. Cori’s father, Rolf, had been sick for a long time; years ago he had a cancer scare that led to a diagnosis of chronic pulmonary disease, sentencing him to a life of oxygen tanks and weakness that left him a smaller, sadder version of the man I had known my entire adult life. He was well into his 80s and chronically ill; when he’d been hospitalized with pneumonia the week before, the fearful awareness that the end was likely near went largely unspoken.

But now the family was gathering: Rolf’s grandchildren flying in from Germany and remote B.C. to see him, Cori and her mother spending their days at his bedside, her brother coming over from Vancouver as soon as he could. Our son, Xander, 13, was struggling with his new awareness of loss, so close on the heels of the breakup of his parents’ marriage.

And I was flying in the opposite direction.

Finding a seat in the departure lounge, I fought the wave of grief rising in my sinuses. I had kept it down for weeks, smothering it with stolidity and offers of help, but the matter-of-fact tone of Cori’s text rang with cold certainty: It was too late.

When a marriage breaks up, we’re acutely aware of what we’ve lost, what we are in the process of losing. A spouse, a house, the minute- by-minute constancy of one’s children: Even if you’re the one who leaves, the loss is acute and omnipresent. In its monolithic immediacy, that loss shadows everything else.

What I hadn’t realized, when things were coming apart, was just how much more I would lose. I met Rolf when I was 18. He picked up Cori and me for a weekend visit in his crumbling Volkswagen. As he careened through traffic, leaning over the steering wheel with a maniacal gleam in his eye, I braced myself with all my strength.

Four years later, that drive was a running punchline at our wedding—part hazing, part intro to the family.

I spent more time with Cori’s family than I did with my own, especially once hers moved to Vancouver Island. Rolf and I would spend afternoons smoking cigars on the deck, looking out at the lake. I would nod as he described plans for the yard, smile as he told me stories from his past that were, by then, so familiar I could almost have told them myself. He introduced me to brandy and the music of Louis Armstrong, who used to call Rolf “the little Kraut” when he recognized him in audiences in Germany after the war and, later, in New York City.

The stories that man could tell.

He always referred to Armstrong as “Louis,” never as “Satchmo.” A few years ago, he asked me to make sure they played Louis’ “West End Blues” at his funeral. When I suggested that “St. James Infirmary” might be more appropriate, he shook his head. “West End Blues” was his song.

I said I’d be happy to take care of it.

It would be trite to just say that Rolf was like a father to me, and it wouldn’t do the
relationship justice. In fact, he
was a father to me, without the sometimescrippling weight of an entire childhood underpinning the relationship. We were also friends, meeting on common ground that we weren’t always sure we had. We talked about jazz, about Elvis, about Tom Clancy and the books I brought him. We argued about politics, always, eventually and loudly agreeing to disagree. We talked about family and what a man should do and be.

It was one of the most important relationships of my life. And I hadn’t seen him in years.

After I left the marriage, I was persona non grata. It wasn’t a passive thing: Rolf wanted, at different times, to set me straight or to kill me. I knew the man well enough to know that this was hyperbole, but not by much. And, frankly, despite his age and his deteriorating condition, I didn’t like my chances.

But of course there wasn’t. There never is.

When Rolf had been admitted to the hospital, I dismissed any idea of a dramatic bedside reconciliation between us: He didn’t want me there. I had no place there anymore. So while Cori and Xander drove back and forth up-island, I sat by myself in my basement apartment, wishing I could say all the things that needed to be said, wishing I could unlock the words like a spell.

After getting the text, I actually thought about turning back, walking back out through security, making my way to the hospital. I imagined some sort of rapprochement, some sort of forgiveness, something. But the selfishness of the thought repulsed me.

More relationships: How MEN AND WOMEN think of love

This wasn’t about me, no matter how much it hurt. I’d have to learn to live with this new loss, like I had with so many others.

When Rolf died the following week, I was 3,500 kilometres away. The news was waiting for me in an email when I woke up Thursday morning. The header read simply: “Gone.” So much, in a single word. Too much.

On my way to lunch with my agent a few hours later, I brought up some Louis Armstrong on my iPod. I let “St. James Infirmary” fill me with a sweet sorrow as I walked down Queen West and smiled at “West End Blues.” When I got to the restaurant, I ordered a brandy before I sat down. I gave a silent toast, tipped my glass a little and drank.

It burned all the way down.